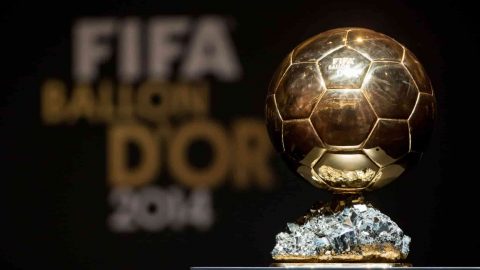 (AFRICAN EXAMINER) – For the first time since its inception in 1956, the 2020 Ballon d’Or will not be awarded this year because of the worldwide impact of the Coronavirus pandemic.

The editor in chief of France Football magazine, Pascal Farre, confirmed this on Monday stressing that many conditions are yet to be met which makes holding the annual event difficult.

Farre said: “There will be no edition in 2020 because it turns out, after thoughtful consideration, that all of the conditions are not met.

“We believe that such a singular year cannot – and should not – be treated as an ordinary one.”

It appears that the decisions by the French government and Ligue 1 chiefs to end the season in March happens to be the driving force for a decision that makes Liverpool stars, Virgil Van Dijk and Mo Salah  to miss out on the chance to lift the trophy.

Farre insisted that the decision was “responsible” and will protect the “credibility and legitimacy” of the award.

He continued: “Two months (January and February) out of the 11 generally required to form an opinion and decide who should lift the trophies represent far too little to guage and judge.

“The other games were played – or will be played – in unordinary conditions, behind closed doors, with five replacements, the Champions League Final Eight played as single games.

“Finally, all the award seekers will not be in the same boat and some have seen the season cut short.

“Therefore, how can we establish a fair comparison?

“To avoid overly convoluted calculations and projections, we chose the least bad of the options.”