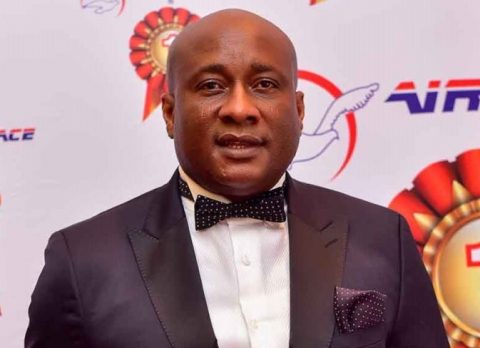 (AFRICAN EXAMINER) – The US District Court of the Northern District of Georgia has issued a warrant of arrest against Mr Allen Onyema, the chairman of Nigerian Air Peace Airline over alleged money laundering and bank fraud

According to Premium Times, the warrant was signed by Justin Anand, an American magistrate of the United States District Court of the Northern District of Georgia, on November 19.

Recall that the US prosecutor at the Justice department on Friday alleged that the Air Peace boss moved more than $20 million from Nigeria though United States bank accounts in a scheme involving false documents based on the purchase of airplanes.

Air Peace chief of administration and finance, Ejiroghene Eghagha, was also indicted with bank fraud and identity theft in the same case.

Mr Oyeama was also accused of using export letters of credit that were supposedly to fund the purchase of five Boeing 737 passenger planes by Air Peace to get banks to transfer the money, adding that documents from a U.S. registered company owned by Onyema were fake.

He was also said to have laundered over $16 million of the proceeds by transferring it to other accounts noting that more than $3 million of the transferred funds allegedly came from accounts of organizations set up by Onyema to promote peace across Nigeria.

Mr Allen Oyeama faces extradition from Nigeria to the US to face trial.