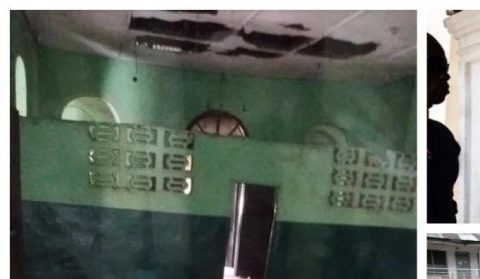 It is well known that most Northerners who live in the South East and South West are poor citizens who engage in menial works like shoe-mending, shoe-shining, gate-keepers, etc. What crime has this poor and innocent class committed to warrant such a deadly attack? They are neither politicians nor civil servants.

MURIC in a press statement issued in Lagos by its President, Prof Ishaq Akintola asserted that these gruesome attacks were a direct product of hate speeches delivered by Nnamdi Kanu, the leader of the proscribed terrorist group, IPOB.

”Kanu has allegedly berated Yoruba ‘bastards’ and their leaders and pronounced the death sentence on every Nigerian living in the ‘Nigerian zoo’. It is not surprising, therefore, that IPOB terrorists have started killing innocent Hausa people and attacking Yoruba mosques. Objective and pragmatic leaders of thought in the South East should prevail on Kanu and IPOB members to stop their terrorist activities henceforth.

”We are irked by the silence of Yoruba leaders on IPOB’s attack on the Yoruba mosque. Are Yoruba Muslims no longer part of the Yoruba nation? Are they not the majority group in the South West? Are the elitist Yoruba leaders still bent on marginalizing the majority Yorubas in their midst just because the Muslims are not vocal?

”MURIC demands proper prosecution of the two IPOB members arrested in connection with the terrorist act. We implore the Delta Police Command to fish out their accomplices. The law must take its due course.

”We task IPOB apologists, particularly constitutional lawyers who are trying hard to fault the Nigerian Army’s declaration of IPOB as a terrorist organization, to tell the world the correct name for a group which sprays innocent and unarmed citizens with bullets without stealing anything from them. What do you call a group that razes down police stations and kills the police at will? Any group which engages in threats and violence to call attention to its cause is a terrorist group. No more, no less” Prof Akintola declared.

The group recalled that IPOB once threatened President Muhammadu Buhari when he wanted to visit Enugu, also recalling that to avoid a clash and the likely loss of lives, the President then sent his vice, Prof. Yemi Osinbajo. He stressed: ”No country in the world takes threat to the life of its President lightly”.

”According to Article 3 of the Geneva Conventions, anyone who parades a private army has become an enemy combatant. No military worth its salt will stomach that. We also remind apologists that human rights lose its numero uno status once national security is under threat (ref Dokubo-Asari V. Federal Republic of Nigeria 2007 ALL FWLR PT 375 588). We therefore plead with separatist ideologues to desist from misleading the people.

”While MURIC is not averse to the idea of any group demanding its rights, we will not take kindly to attacks on Muslims and our places of worship. We do not issue threats. Neither do we engage in violence. Our motto is ‘Dialogue, Not Violence’ and we will stick to our pacifist vow to the end. But we will not hesitate to seek redress for any act of aggression committed against Muslims. All legitimate options are on the table. We will pursue those who oppress and persecute Muslims to the highest court in the world.

”We commend the Nigerian Army not only for responding swiftly to the threat against the territorial integrity of the Nigerian nation but also for conducting itself professionally. No army in the world will tolerate hoodlums blocking its movement on a public road and pelting it with stones like IPOB members did. Those calling for the withdrawal of the army from Abia State are not being realistic. It is another ploy for IPOB to dig in, kill all Hausas and Yorubas and make it impossible for the army to return except at the commencement of full-blown war. We don’t want any war. All we want is peace. The army did a good job by intervening at the right time.

”It is clear that the police cannot handle IPOB. Even the IPOB leader claimed that they already have weapons. We all saw video clips showing how members of IPOB harassed and taunted policemen. What did the apologists do at that time? Did they call IPOB to order? Any withdrawal by the military at this point in time will endanger the lives of innocent non-indigenes” MURIC warned.

The group appealed to the international community to avail itself with video clips containing hate speeches of the leader of IPOB before rushing to judgement, alleging that hate speeches by Nnamdi Kanu has started taking effect, as it has started killing Muslims.

The organization appealed to Muslims in and outside the South East sub-region not to take the law into their hands, noting: ”Two wrongs do not make a right. We advise disgruntled groups to channel their grievances through their state governors. The Federal Government should, as a matter of urgency, set up a commission to dialogue with such groups. However, we reject the idea of a meeting between President Buhari and the IPOB leader as this will bestow a false illusion of officialdom and encourage lawlessness among other groups. Idolization of criminality in itself is a crime”.

Prof Akintola insisted that the military should remain palpably visible in the South East until all threats to peace and orderliness have been brought under control, adding this was necessary in order to protect the lives and properties of minority groups.