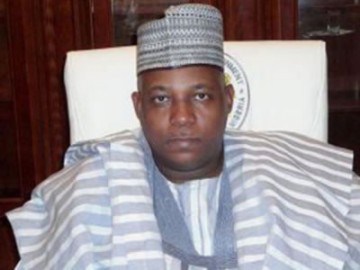 The All Progressives Congress (APC) has warned the federal government against going ahead with its reported plan to remove the elected Governor of Borno and appoint a Military Administrator to oversee the affairs of the state, under the guise of intensifying the fight against Boko Haram. 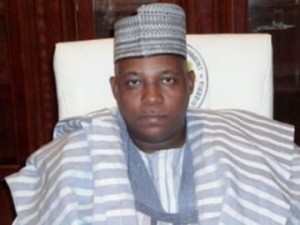 In a statement issued in Ibadan on Monday by its Interim National Publicity Secretary, Alhaji Lai Mohammed, the party said the presidency should realize that there is always a limit to impunity, and that if indeed anyone should be removed over the protracted insurgency in the state and the entire North-east, it is President Goodluck Jonathan.

”What is happening in the North-east in general and Borno state in particular is failure of leadership at the highest level of government, especially because the imposition of a state of emergency in the three worst-hit states has given the President emergency powers to deal with the protracted crisis.

”As the President and Commander-in-Chief of the Armed Forces, President Jonathan is in full control of all the instruments of coercion available to the country, which he can and has been deploying at will. If, therefore, some seemingly implacable dead-enders have continued to kill, maim and destroy in any part of the country, no one but the President should be held liable. Everyone knows a Governor does not deploy troops.

”Also, it is trite to say that the raison d’etre of any government is the protection of lives and property. This means that the moment any government fails in that key responsibility, it can no longer justify its reason for existence,” it said.

APC said Gov. Kashim Shettima and the entire people of Borno are the victims in the senseless war being waged by Boko Haram, and that what they deserve are succour and support, not further victimization by a federal government which seems to have run out of ideas on how to subdue the sect.

The party said no one should lend any credence to the denial, by the presidency, of the evil plot to remove Gov. Shettima, because this presidency’s words have never been worth the paper on which they are written.

”Several times in the past, this presidency has issued a straight-faced denial only to go ahead and do exactly what it said it won’t. Against such blatant lack of credibility and integrity, we do not believe the presidency’s denial,” it said.

APC said it is becoming increasingly clear that the presidency may be using the state of emergency in the North-east to fight its own political battle and get rid of those it perceives as a stumbling block to its interest in 2015.

The party said if that were not the case, the presidency will not be flying a satanic kite of planning to remove the Governor of Borno when it is clear that this Governor has done everything humanly possible to support the federal government and the brave men and women fighting the sect, in addition to providing succour to the good people of Borno who have been terribly traumatized by the activities of the misguided terrorists.

”The state of emergency has run its initial course and has even been renewed, yet the insurgency continues. That means the federal government must think out of the box to evolve new strategies to tackle the insurgency. One of such is to heighten intelligence gathering that will make it possible for our security forces to preempt attacks. Another is to win the hearts and minds of the local population so they can do more to help fish out the insurgents.

”We are sad to note, however, that the federal government seems to have its own agenda, which may include allowing the insurgency to fester so that elections will not be able to hold in the area in 2015. If anyone thinks this is outlandish, such a person under-estimates the desperation of this presidency going into the 2015 elections,” it said.