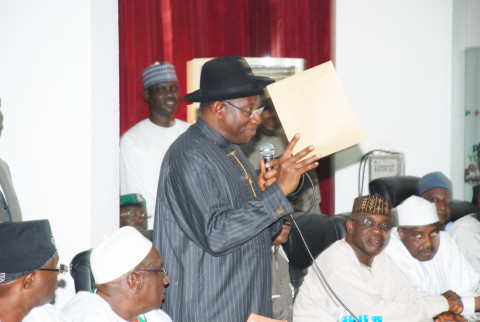 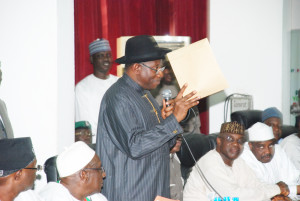 The president handed over Tukur’s resignation letter to the National Secretary of the party, Wale Oladipo, at the meeting of National Executive Committee of the party.

“He (Tukur) is not guilty of any offence and I am going to give him an assignment that is tougher than PDP chairman,” the president assured.

The motion was seconded by the Deputy Senate Leader, Abdul Ningi, and was accepted by the NEC.

African Examiner reports that in the last 48 hours, controversy has trailed Alhaji Tukur’s resignation in which he has come out 2 times to deny the much reported resignation. In one the denials he blamed his political enemies for peddling the rumors even as he advised them to fear Allah.