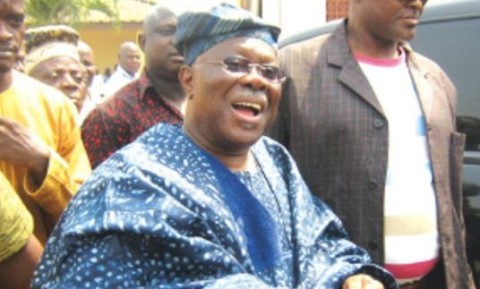 …Now Free To Aspire To Any Political Office in Nigeria

The Supreme Court of Nigeria on today (Friday) nullified the conviction of Chief Bode George in 2009 by a Lagos High Court in a case having to do with contract scam and corruption when he was chairman of the Nigeria Ports Authority, NPA. 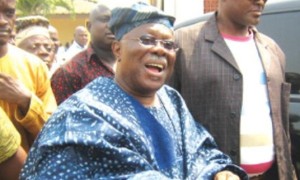 Mr George was convicted in 2009 along with other former officials of NPA. He was found guilty of 47 count charges by Justice Olubunmi Oyewole and jailed for two years and thus bagged an ex-convict status.

With the Supreme Court’s ruling, Bode George is no more an ex-convict and can now aspire to any political office in Nigeria.

A panel of justices of the apex court led by Justice John Afolabi Fabiyi contented that the Economic and Financial Crimes Commission (EFCC) had no evidence that George committed fraud at the NPA, adding that the charges of “contract splitting” filed against George was unknown to the law as at the time of his conviction.

George had gone to the Supreme Court after the Appeal Court in Lagos refused to nullify the conviction of handed out to him by the Lagos High Court.

His team of counsel is former Attorney General of the Federation, AGF, Chief Kanu Agabi, SAN, and the former National President of the Nigerian Bar Association, NBA, Mr Joseph Daudu, SAN. They had contended that the Lagos State High Court did not have the jurisdiction to try George and five of his colleagues in the first place.

The EFCC, through its counsel, Festus Keyamo told the court that apart from the proof of evidence, the appellants were convicted for disobedience of lawful orders and not basically for splitting of contracts.