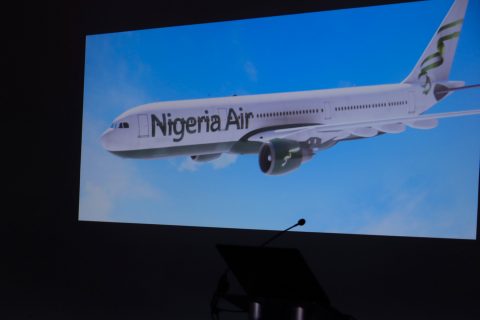 (AFRICAN EXAMINER) – After two months of its debut, the Federal Government FG has temporarily suspended the National Carrier Project – which offshoot is the recently unveiled Nigeria Air.

“I regret to announce that the Federal Executive Council has taken the tough decision to suspend the National Carrier Project in the interim. All commitments due will be honoured. We thank the public for the support as always’’ the Minister tweeted.

It would be recalled that Senator Sirika unveiled the suspended National carrier at a press conference during the Farnborough Air Show in London.Wednesday, July 18, 2018.