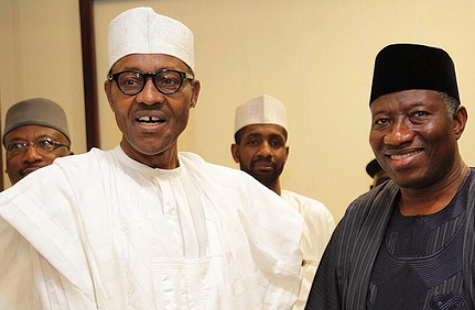 The meeting which was described as a private one held behind closed doors between the two Leaders.

Although, there is no official confirmation yet over the meeting which held around 9 pm Thursday,  it is being speculated that the meeting was most likely focused on the raging devastating attacks in the Niger Delta region on the oil  facilities by the Niger Delta Avengers militants.

The Niger Delta militants have been persistent in their attacks. Two different oil faculties were attacked Friday midnight, beside several others that have been touched in Delta and Bayelsa States recently.

The offensives have affected the production capacity of most of the oil multinationals, forcing them to declare De Manjure – state of emergency, to meet up with their production demands.

The ruthless militants have vowed in their twitter handle @NDAvengers to continue with their offensives until the country’s oil production declines to zero.