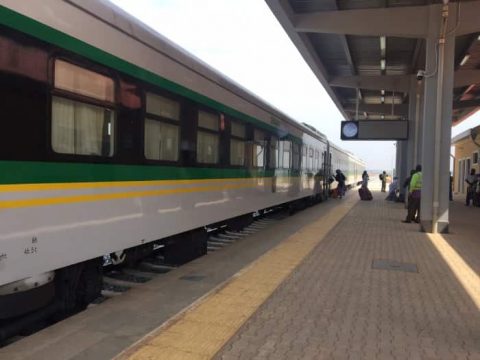 (AFRICAN EXAMINER) – President Muhammadu Buhari has named some train stations in the country after Vice President, Yemi Osinbajo, Bola Tinubu, the National Leader of the All Progressives Congress, APC and other Nigerians.

Also, the names of Rotimi Amaechi, Minister of Transportation and Babatunde Fashola, Minister of Works and Housing were also used to name some stations.

This was announced by Tolu Ogunlesi, Buhari’s Assistant on Digital and New Media,  via his Twitter handle on Monday.

Ogunlesi disclosed that the Apapa train station was named after Tinubu, while the Agege station was conferred on Fashola.

He wrote: BREAKING: “President @MBuhari has approved the naming of some railway stations along the Lagos-Ibadan and the Itakpe-Ajaokuta-Warri corridors after deserving Nigerian citizens. — HM @ChibuikeAmaechi.