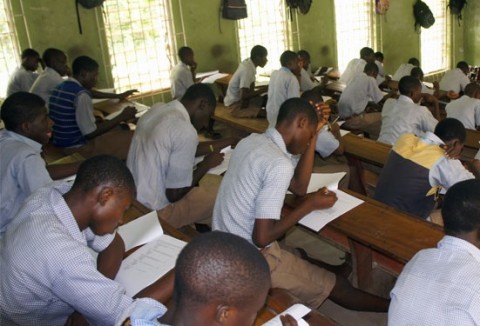 The Head of the Nigeria National Office (HNO) of West African Examinations Council (WAEC), Mr Charles Eguridu,has expressed worries over the decline in the performance of students in the 2013 November/December Senior School Certificate private examinations. 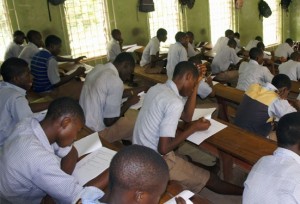 While announcing the results for the 2013 edition of the examination at the WAEC office, Yaba, Lagos on Thursday,  Mr Charles Eguridu said only 86,612 candidates, representing 29.17% of the 296,827 candidates that sat for the exams obtained credits in five subjects including English and Mathematics, as against 37.97% and 36.07% recorded in 2012 and 2011 respectively.

Comparing the November/December 2011 and 2012 WASSCE (Private) results, Eguridu said, there is a marked decline in candidates’ performance.

“In 2011 a total of 139,827 candidates, representing 36.07% obtained credits in 5 subjects and above including English Language and Mathematics.

“Also in 2012, a total of 150,615 candidates, representing 37.97% obtained credits in 5 subjects including English Language and Mathematics.”

“There was over 8% decline in candidates’ performance as only 29.17% obtained credits in 5 subjects and above including English Language and Mathematics in 2013 WASSCE”. He observed.

The HNO added that candidates will be able to check details of their performance on the council’s result website within the next 36 hours.