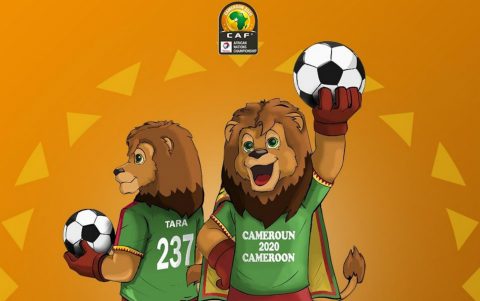 (AFRICAN EXAMINER) – Hosts Cameroon will face a tough hurdle against defending champions Morocco when they lock horns in the African Nations Championship (CHAN), semifinal on Wednesday at Limbe Omnisport Stadium.

However, this semifinal presents yet another anticipated thriller as Morocco Coach, Houcine Ammouta, has made it clear that the Atlas Lions are well prepared for the semi-final clash.

“We are a good team ready to play good football and win. I know it will be a tough game because we are playing against the hosts who also have a good team,” he said.

Ammouta added that although most of his players are new to the team, he is impressed with their work rate and hunger to play good offensive football.

“This tournament is also helping us build the team,” he noted.

The Atlas Lions will hope that their leading striker at the tournament with three goals, Soufiane Rahimi, together with skipper, Ayoub El Kaabi, will find their scoring boots in this crucial match.

Cameroon’s Indomitable Lions will be led by Salomon Charles Banga, Yannick N’Djeng and Felix Oukine Tcheoude to get the goals, hoping to sink the defending champions.

In the group stage Cameroon beat Zimbabwe 1-0 before they settled for a 1-1 draw against Mali and went on to draw goalless against Burkina Faso.

Morocco who netted six goals in the group stage beat Togo 1-0 before they settled for a goalless draw against Rwanda, and humbled Uganda 5-2.

This is the first time Cameroon will appear in CHAN semi-final. They will also face Morocco for the very first time in the competition.

In the other semifinals, Mali and Guinea will meet in a neighbors’ derby with one ticket to the final

West African neighbors Mali and Guinea lock horns in an exciting derby on Wednesday at the Japoma Stadium in Douala.

Reaching CHAN 2020 semi-finals is surely no accident for either Mali if Guinea. Before the start of the tournament, the Eagles were among the favorite teams for the title, while the Syli National were considered serious underdogs.

Both teams reach the semifinals for the second time in their CHAN history, and ironically the first time for both sides was in Rwanda 2016.

Mali reached the final and finished second, while Guinea lost in the semis to eventual champions that year, DR Congo.

The pressure will be a little more felt on the Malian shoulders. The Eagles did not hide it from Day 1 that they are in Cameroon to play for the title.

“We want to play the final at all costs. We will do everything to be able to get there,” Mali coach Nouhoum Diane said.