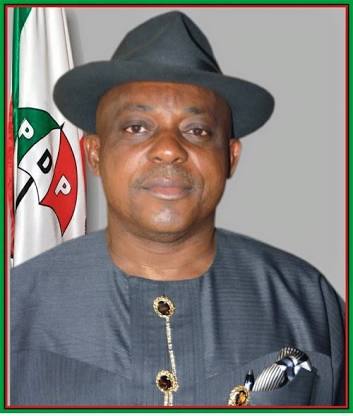 Ruling Tuesday on the suit filed before the court by a former Political Adviser to the immediate past President (Goodluck Jonathan), Ahmed Gulak, Justice Huseini Baba-Yusuf, granted the plaintiff’s prayer that the first respondent (Secondus) was illegally occupying his office.

Gulak in his suit argued that in line with the constitution of the PDP, the office of the party’s National chairman was originally zoned to the North-Eastern part of the country; therefore, the occupant ought not to be Secondus, who hails from the South-South geo-political zone of the country.

Gulak, a Lawyer by profession, argument was sustained, hence Justice Baba-Yusuf’s order that the sacked party’s helmsman should vacate the office, as well as hand over the leadership of the party to either the complainant (Gulak) or another competent and suitable party member from the North Eastern zone within 14 days. Gulak is from Adamawa State.

It would be recalled the immediate past National Chairman of the PDP, Alhaji Adamu Muazu, “The Game Changer” was sacked after the loss of Presidential election by the ex-President Jonathan and PDP, over the allegation of his sleazy conduct and compromising his party’s interest in the March 28, 2015 Presidential poll. He dropped his resignation letter after being pressured, before his sack was officially communicated to the general public.