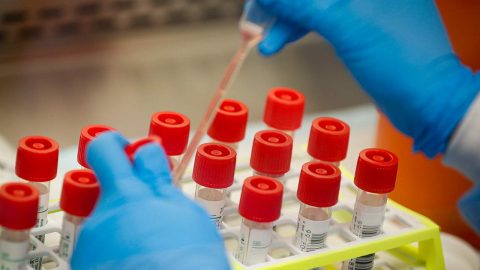 (AFRICAN EXAMINER) – The Nigeria Centre for Disease Control has announced 133 new cases of Coronavirus in the country. The NCDC made this known on its official twitter handle on Sunday

The agency said that 54 patients were discharged from isolation centres across the country.

It stated that the new 133 cases were detected in nine states including the Federal Capital Territory.

The NCDC said that Lagos recorded the highest new infections with 90 confirmed cases, while Rivers recorded 13 cases. This was followed by FCT and Kaduna with 8 new cases each.

According to the agency, since the beginning of the outbreak in Nigeria in February, more than 578,841 samples have been tested by NCDC, out of which 54,587 were positive.

The health agency said that a multi-sectoral national emergency operations centre (EOC), activated at Level 3, have continued to coordinate the national response activities across the country.

Meanwhile, the agency noted that older people of 60 years and above have higher risks of complications from COVID-19 infection, especially those with underlying health conditions.

“Protect yourself: Wear a mask in public places, Wash hands with soap and water Stay away from people with no face mask.

“A properly worn facemask prevents droplets from landing on surfaces when you cough or sneeze.

“As you step out, remember to: Wear a facemask. Observe physical distancing and wash your hands frequently,” it advised.