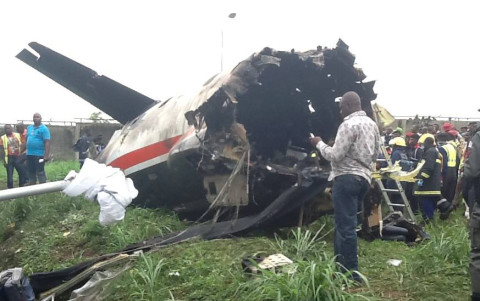 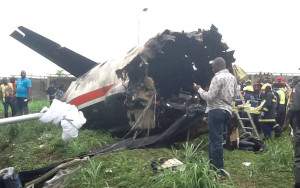 The Associated Airline plane which crashed in Lagos on Thursday was already 23 years old before the crash, says the Nigerian Civil Aviation Authority (NCAA) at a press conference.

NCAA added that the crashed plane had a subsisting Air Operators Certificate (AOC) and had a current Certificate of Airworthiness, known as (C of A) which was supposed to expire on 22 October, 2013.

Mr. Adamu Abdullahi, the Director of Consumer of Protection at NCAA, who represented the Director General, Fola Akinkuotu, said Associated Aviation Limited last operated their aircraft on 30 August before it crashed on Thursday, killing 13 people.

According to him, the airline only conducts chartered operations, saying that the Brazilian made Embracer 120 aircraft marked 5N-BJY could carry up to 30 passengers and was registered in Nigeria on 22 May, 2007.

Abdullahi further said that the aircraft has an active insurance policy valid till 14 June, 2014, adding that the aircraft was certified fit for flying by one of the airline’s maintenance engineers who unfortunately was also killed in the crash.