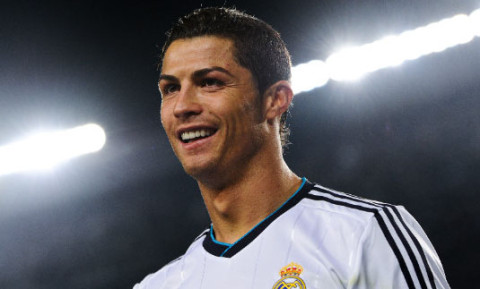 Indeed 2014 is successful year for Cristiano Ronaldo as he won 2013 FIFA World Footballer of year ahead of his rival Lionel Messi of Barcelona and 2013/2014 UEFA Champions League for the second time alongside the Spanish Copa Del Ray cup victory for his team Real Madrid. 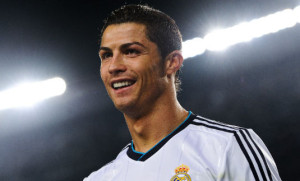 Portugal’s Cristiano Ronaldo due to his successful showing this season emerged as  the most marketable footballer according to the latest rankings released by global sports marketing research experts, Repucom on Tuesday.

The ranking was created using Repucom’s Celebrity DBI tool which measures the perceptions of over 6,500 people in 13 international markets, representing the views of more than 1.5 billion people. As a result, the top 10 rankings illustrate a truly global identification of the most marketable players today.

Having won his second FIFA Ballon d’Or earlier in 2014, Cristiano Ronaldo has secured his place as the current best player and now as the most well-known and best ‘trend-setting’ footballer today. Globally, 83.9% of people know of the Portuguese star and in markets such as Italy, Spain, Germany, Turkey and Argentina, this figure is above 95%. Ronaldo is also seen as the best trendsetter of all the players with 82.5% of people saying he reflects today’s trends in society.

Four-time Ballon d’Or winner, Lionel Messi ranked in second and as the world’s best paid player, with earnings of around $27.5 million per year, the Argentine’s endorsement and likeability scores continue to rank him highly.

Paul Smith, Founder and CEO of Repucom said: “With just over two weeks to go before the 2014 FIFA World Cup kicks off, the world’s gaze is firmly on the competing teams and players. The World Cup is the most watched sporting event in the world and as such, big brands, official partners or otherwise, will and are using its global appeal to drive sales.

“Endorsements of celebrities and in this case footballers have an incredibly powerful way of doing just that creating an emotional connection with a brand. The star can raise awareness and create a buzz for brands and products at a time when breaking through the marketing clutter that surrounds such huge events is critical for commercial success.

“Ronaldo is an endorser’s dream. His value is as important to the teams he plays for as they are for the companies that endorse him. Global awareness of Ronaldo is what drives his commercial power and with over 82 million Facebook likes and 26 million Twitter followers, he is also one of the most liked in the business.”

A surprise entry at number three is the Spanish defender Gerard Piqué. As a player, he has already won everything in the game including three UEFA Champions League trophies, two of which in consecutive years with two different clubs as well as the FIFA World Cup in 2010.

His relationship with international music star Shakira has meant that the defender enjoys a heightened level of global public awareness. Over 58% of people know of Piqué globally and of them, over three quarters say they like him. In his native Spain, 97% of the population say they know of him.

Fernando Torres is another surprise inclusion. The Spaniard’s global notoriety especially in markets like China have contributed to making him the third most recognised player globally. Other entries in the top 10 include Brazil’s Neymar JR, England’s Wayne Rooney and Sweden’s Zlatan Ibrahimovic.