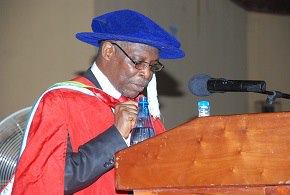 AFRICAN EXAMINER sources in the citadel and Odogbolu town, indicated that Professor Olusanya was abducted Monday, during a return journey from Abeokuta, the state Capital, while in transit between Odogbolu and Ososa on Ijebu Ode – Ore-Benin expressway.

Police sources in the state confirmed that the incident as well as stated the search on the academia’s whereabouts has begun.

In the meantime, the institution’s Vice Chancellor, Professor Oluwayemisi Obilade lamented the situation and appealed to the captors to release her Deputy.