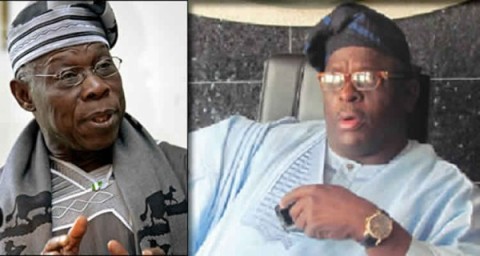 Former President Olusegun Obasanjo’s estranged ruling Peoples Democratic Party (PDP) co-starlwart, Prince Buruji Kashamu has insisted he is not wanted by anyone, saying his travail with the party former BOT Chairman, was his perceived aversion to his “wicked campaign of calumny, blackmail and loss of political relevance” in Ogun State and the South Western part of the country. 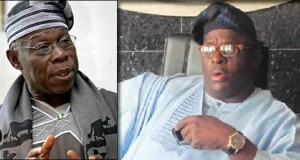 Kashamu in a press statement in reaction to yet another attack on him by the former Head of State said: “the indubitable fact of history that Baba Obasanjo has not told the world is that it was during his first tenure as President that he and former Beninoise President Matthew Kerekou directed the relevant security agencies to give truthful evidence that exonerated” him.

Drug Law Enforcement Agency (NDLEA) came to the London courts in 2000/2001 to give evidence during my incarceration and trial. That also explained why when I returned, I became his associate. He used me to prosecute his battle against former Governor Gbenga Daniel. When it was time to field candidates for the 2011 general elections, he brought his stooge, Gen. Adetunji Olurin, and asked me to roll the party structure behind his anointed candidate” narrated Prince Kashamu.

The President Goodluck Jonathan South West Campaign Organization’s Coordinator, maintained as done previously in the statement, that he has never stepped into U.S, neither did he have any business there, adding that he was wrongly accused, arrested, tried and freed over the same indictment.

The PDP National Chieftain reiterated that his arrest, detention and trial were at his (Obasanjo) behest and the U.S Authorities fully participated in the whole extradition proceedings.

“If after a full trial on the basis of the same indictment, the British courts exonerated me, which other indictment is Obasanjo talking about? What happens to the general principle of International Law on double-jeopardy? It is commonsensical that even without any judicial pronouncement the indictment is technically dead. I cannot be tried by the same parties over the same issues again” Kashamu argued.

While he promised to offer detailed response to Obasanjo’s relentless tirades against his personality, Prince Kasahamu stressed it was high time Chief Obasanjo “retraced his misguided steps. He should borrow a leaf from a time–tested Yoruba proverb which says those who dance naked with glee in the night would have themselves exposed to shame when the morning comes”.

He assured he would survive his political ordeals at the instance of General Obasanjo and rescued the ruling PDP “his vice-grip” in Ogun State and the South West.

He claimed ‘Allah’ used him to stand up to him, insisting before his (Obasanjo) very eyes, the PDP in the South West was on a rebound and winning elections free and square unlike what obtained during his reign when contrived electoral victories were being easily upturned, alleging despite working for the All Progressives Congress (APC) which he had ordered his followers to join, the PDP “was waxing stronger in the zone”.

It would be recalled former President Obasanjo had adduced among other reasons, the leadership position held by Prince kashamu as one of the factors he would not work with the PDP in the next general elections, when the National Chairman, Adamu Mu’azu pleaded to him last week for forgiveness.