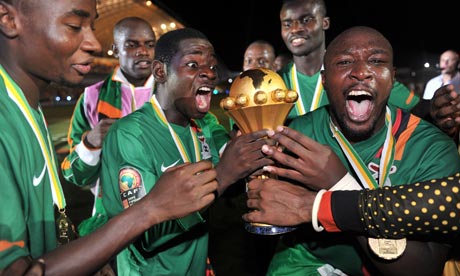 lThe Confederation of African Football (CAF) has directed relocation of 2015  Africa Cup of Nations qualifiers home games from Sierra Leone and Guinea as both countries currently battle with the cases of deadly Ebola virus.

Consequently, the continental football body has written other members about its decision to ask the two countries to relocate game villages of the AFCON qualifiers, which is slated for early September to mid-November. Guinea’s group also includes Ghana and Uganda.

The qualifying competition will determine the 15 countries that will participate in the finals to be hosted by Morocco between January and February next year.

CAF in the letter explained that the move was a preventive measure so as to avoid massive spread and outbreak of Ebola in the continent, adding that the decision would be effective till mid September.

EVD has killed not less than 700 people in West African sub region since its outbreak this year’s February in about four countries, Nigeria becoming the latest entrant. The virus was discovered in 1976 at Ebola river in former Zaire, now Democratic Republic of Congo.