EBOLA IN US: Another Texas Hospital Worker Tested Positive For Ebola 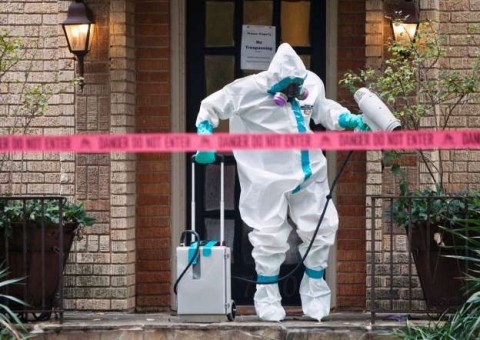 Another health care worker at a Dallas hospital who provided care for the first Ebola patient diagnosed in the U.S. has tested positive for the disease.

The Texas Department of State Health Services said Wednesday in a statement that the worker reported a fever Tuesday and was immediately isolated at Texas Health Presbyterian Hospital in Dallas. 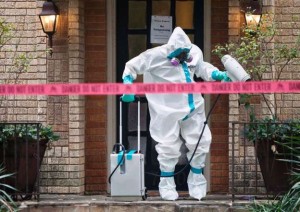 Health officials said the worker was among those who took care of Thomas Eric Duncan, who was diagnosed with Ebola after coming to the U.S. from Liberia. Duncan died Oct. 8.

The department said a preliminary Ebola test was conducted late Tuesday at a state public health laboratory in Austin, Texas, and came back positive during the night. Confirmatory testing was being conducted at the federal Centers for Disease Control and Prevention in Atlanta.

According to the statement said the health care worker, who wasn’t identified, was interviewed to quickly identify any contacts or potential exposures. It said others who had interactions with the worker or possible exposure to the virus will be monitored.

Officials have said they don’t know how the first health worker, a nurse, became infected. But the second case pointed to lapses beyond how one individual may have donned and removed personal protective garb.

The infected worker is believed to be a woman.