Lagos Ebola Victim, Patrick Sawyer Was a US Citizen On His Way to Minnesota 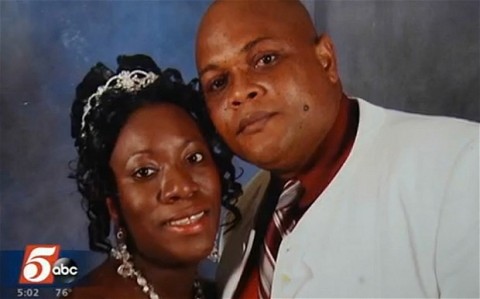 Ebola victim, Patrick Sawyer, who died in Lagos was an American citizen on his way home to the United States, it has emerged.

Sawyer worked for the Liberian government and was visiting his sister there when he developed symptoms while on a plane to Nigeria. 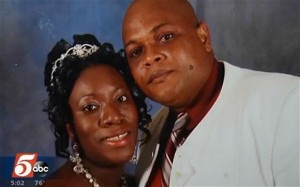 The deceased’s wife, Decontee, 34, who like Mr Sawyer said her husband had been due to travel on to America where he could have become Patient Zero in a US epidemic.

The couple, who lived in the town of Coon Rapids, Minnesota, married there in 2008. She came to America in 1991 while he moved over in the early 2000s, and both had become US citizens.

According to Decontee, Sawyer’s job involved promoting trade in West Africa and he was on his way to a conference in Lagos from where he planned to travel back to the US when he fell ill with vomiting and diarrhea.

“I have three daughters who will never get to know their father,” she said.

“I don’t want any other families to go through this. Ebola has to stop. This can’t happen anymore.

“Patrick was coming here. What if he still wasn’t displaying symptoms yet and came? He could have brought Ebola here.”

Sawyer, 40, is believed to have contracted the disease from his sister, whom he was caring for without knowing she had Ebola.

The father of three took two flights to get to Nigeria from Liberia, where he had attended his sister’s funeral. The first took him from Monrovia to Lome in Togo, where he boarded a plane to Lagos. He collapsed at the airport on landing.