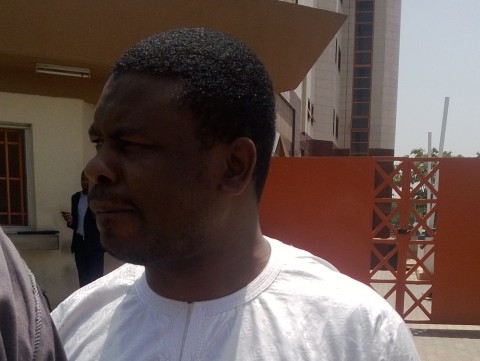 The Economic and Financial Crime Commission, EFCC, has arraigned one Zahradeen Dambazzau Mohammed before Justice Olasumbo Olanrewaju Goodluck of the FCT High Court, Abuja, on a 5-count charge bordering on forgery and issuance of dud cheque. 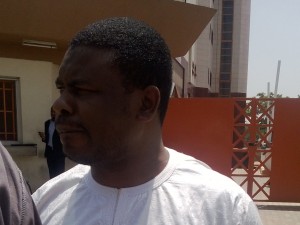 According to a statement by EFCC’s spokesperson, Wilson Uwujaren the accused and Ibrahim Ismail (still at large) allegedly conspired among themselves to forge a land title deed document belonging to Ishaya Madi.

One of the counts read:  “That you, Zahradeen Dambazzau Mohammed and Ibrahim Ismail (at large) sometime in 2011 at Abuja in the Abuja Judicial Division of The High Court of the Federal Capital Territory did conspire among yourself to do an illegal act to wit; forgery of a document titled “Federal Republic of Nigeria, Federal Capital Territory, Abuja (Offer of Statutory Right of Occupancy) in respect of Plot KT60016 in the name of one Bilikisu H. Bashar measuring about 730.84sqm in Cadastral Zone BO8 of Jabi District dated the 24th of August, 2010 and thereby committed an offence contrary to section 96(1) of the Penal Code Act Cap 532 Laws of the Federation of Nigeria (Abuja) 1990 and Punishable under Section 364 of the same Act”.

The accused pleaded not guilty to the charge.

In view of his plea, the prosecuting counsel, Farouk Abdalla prayed the court to fix a date for trial and remand the accused person in prison custody. However, counsel to the accused, O.J Aboje, urged the court to admit his client to bail having served the court and the defence counsel with the necessary documents.

Justice Goodluck ordered that the accused person be remanded in Kuje prison while adjourning the case to March 28, 2014 for hearing of the bail application.