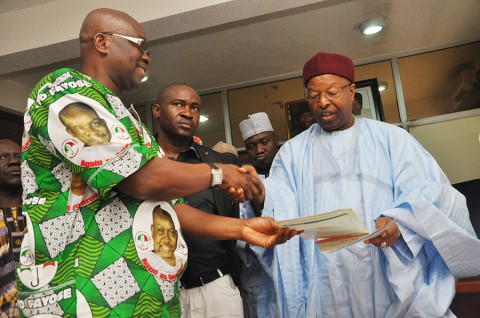 The former Governor of Ekiti State Ayo Fayose has kicked against the adoption of consensus candidate in picking the candidate of the People Democratic Party (PDP) for the June 21 governorship election in the state. 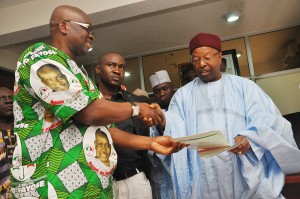 Fayose who spoke in an interview in Abuja, argued that the idea of consensus candidate emphasizes the weakness of those behind it.

The former governor argued that anyone who cannot win party’s primaries cannot win the general election insisting that consensus option is undemocratic.

“I am confident that any body who can win the primary election will win the general election.

“The consensus means that all the aspirants have the collective agreement. But, once some people say they are not for consensus, it is not consensus again.”

Meanwhile, the Former Minister of Police Affairs, who is also a governorship aspirant under the platform of the PDP Navy Captain Caleb Olubolade (rtd) and the former Speaker of the House of Assembly, Mr. Femi Bamisile are backing the adoption of consensus candidate.