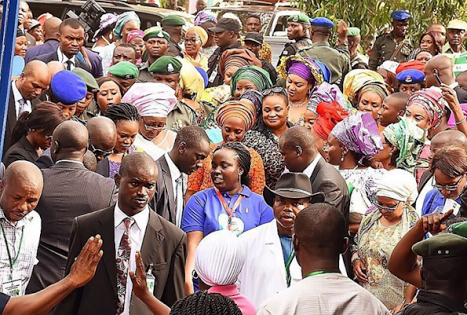 The Executive Secretary of Ebonyi state Emergency Management Agency, (SEMA), Pastor Ken Oziomaeze and its Chairman, Evangelist Ephraim Ononye, are presently fighting each other to finish over who controls the outfit.

AFRICAN EXAMINER gathered from a source close to the agency that the cold war between the two leaders of the establishment began immediately the Chairman was appointed by the State Governor, David Umahi.

Our Correspondent learnt that since its creation, the Ebonyi’s SEMA, has never had office of Chairman, but only the Executive Secretary, which is the practice in the South East States and Nigeria in general.

Investigations by AFRICAN EXAMINER revealed that Governor Umahi decided to create office of the Chairman in the agency as a way of compensating Evangelist Ononye, whom it was gathered led a team of prayer warriors that prayed and prophesied victory for the Governor during the last general election.

Apart from the problem of duplication and overlapping of duties, most of the staff who craved anonymity said “the most annoying thing is that the Chairman is not from Ebonyi, but from Anambra state”

“So, what we Ebonyians, are saying is that if the governor wants to compensate the Chairman, or any of his friends for any reason best known to him, he can do so without creating problem in SEMA.

“Besides, the Governor just drafted Ononye to SEMA without spelting out his functions as Chairman, and that is why we are experiencing these overlapping and duplication of duty problem among two of them”

“Since the agency started, we have never had anything like office of the chairman, it has always been manned by an Executive Secretary. For me, the Governor is only trying to cause problem in that establishment”

To worsen the internal wrangling, the Chairman, has allegedly refused to corporate with the Executive Secretary in the day- to day running of the outfit, insisting that Oziomaeze, must take orders from him.

It was also gathered that almost 90 per cent of the agency Staff have pitch their tent with the Executive Secretary, who hails from Ikwo area of the State.

What is currently happening at the Ebonyi’s SEMA, is a case of having two Captains in one ship, only time will tell who actually is in charge.