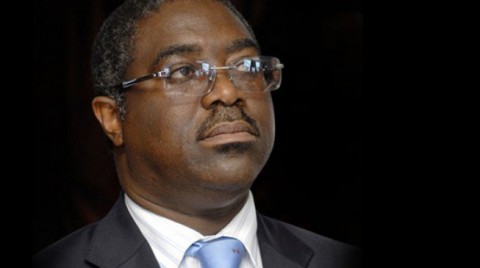 Fowler stated this in Lagos while delivering a keynote address at a stakeholders meeting on “Tax Administration and National Revenue’’.

The News Agency of Nigeria (NAN) reports that the stakeholders’ meeting was aimed at charting the way forward in the country’s tax administration and the challenges hindering a robust tax regime.

He called on stakeholders to support efforts at repositioning the nation’s tax administration system.

Fowler, who is also the Chairman of the Joint Tax Board (JTB), said that the board was determined to improve services to taxpayers at all levels.

According to him, a consolidated Taxpayer Identification Number (TIN) data base was already in place under the JTB.

The FIRS chief said that all tax laws that were not in the interest of the taxpayers were already undergoing a review process.

He added that taxpayers and stakeholders should support tax authorities in the interest of national development.

“The greatest challenge for any tax administration is achieving and maintaining a high degree of self-assessment and voluntary compliance by taxpayers.

“Studies, however, show that the extent to which an economy is able to grow sustainably and develop depends to a large extent on its ability to generate tax revenue to finance its expenditure and the efficiency of its tax system.

The tax expert explained that FIRS had put in place various strategies to curtail non-compliance to improve tax revenue collection on a sustainable basis.

He noted that the major determinant of tax compliance included changes in law, taxpayers’ attitudes to payment of right taxes and tax consultants’ offering the right advice to the taxpaying public.

While reacting to the chairman’s speech, some of the stakeholders raised concerns regarding the number of taxes and levies being collected and levied by different government agencies, which were mostly not remitted completely.

They commended FIRS for its effort towards deepening tax administration, but stressed the need for regular interaction among stakeholders so as to improve voluntary tax compliance.

Stakeholders at the event included officials from Ministries, Departments and Agencies (MDAs), Labour Unions, Tax Consultants and the Organised Private Sector across the nation. (NAN)