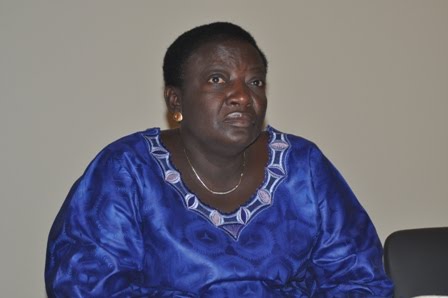 The death has occurred of the former Special Assistant on media to former President Olusegun Obasanjo and one time Managing Director of the News Agency Of Nigeria (NAN), Mrs Oluremi Oyo.

Her death was confirmed in a press statement issued Thursday by her husband, Vincent Oyo. 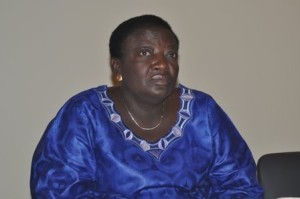 Mrs Oyo according to the statement died in a United Kingdom (UK), hospital where she had traveled and under treatment for cancer.

Full Text of the Press Statement By Her Husband Reads Below:

With gratitude to God for a life well spent, I regret to announce the death of my dear wife, Dame Felicia Oluwaremilekun OYO.

She died peacefully on Wednesday (October 1, 2014) in the United Kingdom, where she was receiving treatment for a cancer related ailment.

Dame Oyo was a seasoned journalist who began her journalism career in 1973 in the Nigerian Broadcasting Corporation now known as the Federal Radio Corporation of Nigeria .

She later joined the News Agency of Nigeria (NAN) as a Desk Editor in 1981, and left in 1985 as a Principal Editor, the first woman to attain such a high position in the Agency.

Having first served as Secretary of the Nigerian Guild of Editors, Dame Oyo was elected President of the Guild for two consecutive tenures from 1999 to 2003. She was the first woman to be so honoured.

As President of the Guild, she set up a functional secretariat which still exists today at the NAN complex in Iganmu, Lagos. She also ensured capacity building for Editors through regular training which she pioneered for the Guild.

She was appointed Senior Special Assistant (Media and Publicity) to former President Olusegun Obasanjo in 2003 and served in that capacity until the end of the President’s tenure in May 2007.

This appointment was also a first as she was the first woman to hold that position in the history of the country.

Dame Oyo was thereafter appointed the Managing Director of the News Agency of Nigeria in July 2007. During her tenure, she improved the fortunes of the Agency and increased its clientele.

A committed and patriotic Nigerian, whose friends cut across the length and breadth of the country, Mrs. Oyo put Nigeria first in her private and official activities.

Born into a Catholic family, Dame Oyo had her primary education at the St. James’ Catholic Primary School in Ilorin, where she grew up. She attended the prestigious St. Louis Girls Secondary School, Bompai, Kano and had her higher education in Lagos and Britain.

A devout Catholic, Dame Oyo was a former Vice Chairperson of the Parish Pastoral Council of SS Joachim and Anne of the Catholic Church, Ijegun, Lagos.

In recognition of her patriotism, the former Head of State, General Abdulsalami Abubakar, appointed her as a member of the Constitution Drafting Committee to craft the constitution that ushered in the present democratic dispensation in 1999.

A recipient of Nigeria’s National honour, the Officer of the Order of the Niger (OON), Dame Oyo also earned many other awards among which was the National Council of Catholic Women Organisation of Nigeria merit award.

On January 7, 2011, His Holiness, Pope Benedict XVI made her a Papal Dame of the Order of St. Gregory the Great.

Dame Oyo and I were blessed with two children, Otome and Okiemuote who are married and have given us beautiful grandchildren.

She was born on October 12, 1952. Members of her family and her large circle of friends and well-wishers were looking forward to her 62nd birthday come October 12.

She is survived by her husband, Vincent, her children, grand-children and  siblings – Sunday Oke and Yomi Oke.