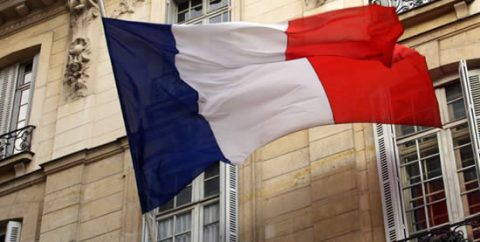 (AFRICAN EXAMINER) – The Government of France through its development agency, Agence Française de Développement (AFD), has expressed its resolve to fully support the Federal Government of Nigeria in the implementation of the Economic Recovery and Growth Plan (ERGP) for the country.

The French development agency said its intervention strategy for Nigeria has been structured in line with strategic priorities defined by the Nigerian government in the ERGP which was adopted in early 2017 as a national policy.

The ERGP is a Medium Term Plan for 2017 – 2020, which has been developed for the purpose of restoring economic growth while leveraging the ingenuity and resilience of the Nigerian people, the nation’s most priceless assets.

In addition, the Plan is also articulated with the understanding that the role of government in the 21st century must evolve from that of being an omnibus provider of citizens’ needs into a force for eliminating the bottlenecks that impede innovation and market-based solutions.

Moreover, it also recognises the need to leverage Science, Technology and Innovation (STI) and build a knowledge-based economy. The ERGP is equally consistent with the aspirations of the Sustainable Development Goals (SDGs) given that the initiatives address its three dimensions of economic, social and environmental sustainability issues.

Against the background, the AFD Country Intervention Strategy for Nigeria, recently revised for the years 2017 – 2021, focuses on contributing to the development of a competitive economy that creates jobs and wealth, and to an inclusive and resilient development.

In 2017 alone, the agency which currently operates in 109 countries, recorded a significant growth in its financial commitments to Nigeria, with its support to new projects amounting to   €415.7million.

The projects that benefitted from this amount, according to a statement made available to African Examiner, include the Urban Water Supply in Kano State, the Transport Master Plan in Lagos State, Guarantees to SMEs, Pro-climate infrastructures at regional level as well as development of sustainable low emission projects in Africa.

This, the statement added, brings the total amount of commitments from 2010 in Nigeria and Economic Community of West African States (ECOWAS) to more than €1.5 billion with over 30 projects.

“Impacts of our actions in Nigeria since our opening in Nigeria in 2008, are as follows: 1.8 million people benefit from improved electricity service; More than 2 million people have access to improved water service; 260,000 travelers a day benefit from an average travel time reduction of 35 min per trip; Nearly 2,000 km of rehabilitated rural roads; 11,230 tons of grain purchased to deal with food crises in West Africa” the statement further disclosed.

The statement also noted that Africa continues to be AFD’s priority, with a record of €5.2 billion of commitments in 2017 representing a growth level of 15 percent compared to 2016, adding that Africa accounts for 50 percent of AFD Group’s total commitments in foreign countries and 80 percent of the State’s financial effort.

Similarly, the Sahel Alliance, launched by France and Germany in July 2017, which seven other international donors have since joined, also enshrines this strategic priority. Its members, according to the statement, are set to mobilize €7.5 billion over the next 5 years.

At the global level, AFD equally recorded impressive performance in the 2017 fiscal year. The agency, according to its Chief Executive Officer (CEO), Rémy Rioux, gave financial support amounted to €10.4 billion representing 11 percent increase in its activities in 2017 and 25 percent over the past two years.

In his words, “2017 was marked by a rapid and ambitious increase in AFD’s financing. We have especially focused on strengthening our ‘non-sovereign’ activity for civil society, territorial authorities and the private sector in the South, with a 30 percent increase and accounting for some   €5 billion, but also for national and multilateral development banks, European institutions and large foundations.

“With €10.4 billion of commitments, AFD is continuing on its growth path to support the major transitions in developing countries. At the Government’s request, we are currently defining our new strategy to give even more strength and clarity to our action, and to contribute to building a world in common”.

These commitments, for an unprecedented amount, according to him, are in line with the French President’s wish to have a France equal to the development challenge. AFD is consequently continuing to increase the volume of its financing, in line with the Presidential commitment, an increase confirmed by the decisions of the Interministerial Committee for International Cooperation and Development (CICID) of 8 February 2018

The CEO further explained that 70 percent of French people, including 71 percent of 15-25 year-olds, are in favor of supporting developing countries. However, AFD is continuing to increase the volume of its financing to implement the international community’s objectives (SDGs, Paris Climate Agreement), by extending its field of operations, working more closely with its partners in France, Europe and around the world.