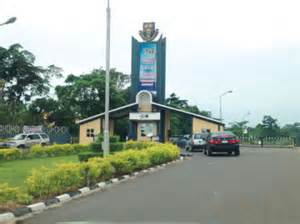 OSUN, NIGERIA (AFRICAN EXAMINER) – The Obafemi Awolowo University Muslim Graduates Association (UNIFEMGA) has raised an alarm over threat to peace in its alma-mata due to activities of certain Muslim group operating on campus.

The group raised the alarm in a petition signed by its National President, Engr. Abdulwaheed Odeyimka, warning on the looming consequences if such strange Muslim group, which is parading itself as the Muslim Students Society of Nigeria (MSSN) is allowed to operate on campus.

“We are greatly disturbed by developments in the university in the last few weeks regarding a group of Muslim students trying to impersonate the school’s MSSN.

UNIFEMGA alleged that the strange Muslim group is led by certain AbdulRasheed Bakare, a 500-level Pharmacy student, and presently has planned another week-long programme tagged ‘Islamic Awareness Programme’ (IAP) in the name of MSSN-OAU.

“To our dismay, we learnt that the recalcitrant group has held its planned programme for three consecutive days.”

“Things went so bad that when the university locked the venue of their first activity in the programme the recalcitrant students forcibly broke doors to gain access. Thereafter, the university authorities have not dared to interrupt their activities.

“We are concerned that things could come to this ugly pass in our alma mater. As Muslims, we know that Islam does not condone violence and disrespect to constituted authority and both have been displayed by these recalcitrant students.” UNIFEMGA lamented.

“We are concerned that unless the university immediately stops the IAP, more acts of indiscipline will be carried out with impunity by the group and similar ones.

“It will interest you to note that for similar reasons the group has been flushed out of other universities in the south-west of Nigeria and OAU is the only university in this axis where they have a foothold.

“This explains their convergence on OAU anytime they have a programme there. You may be taking risks of immeasurable proportion if you do not stop their activities now”, it warned.

“We demand that anyone involved in acts of violence and insubordination in the incident mentioned above should be dealt with summarily in accordance with the extant rules and regulations of the university. This is the only way we can demonstrate that OAU is a civilized community that is governed by rules and not whims”, the association stressed.

UNIFEMGA pointed it sent copy of the petition to: the Secretary-General, Nigeria Supreme Council for Islamic Affairs (NSCIA), Chairman and Members, Board of Trustees, MSSN and its National President as well as the security agencies.