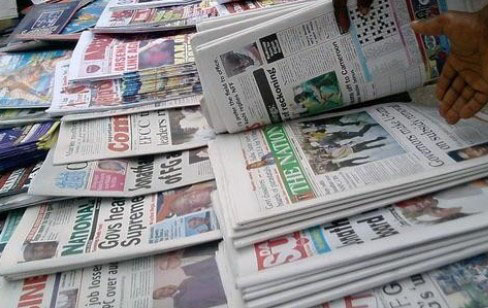 Paradigm Initiative Nigeria (PIN), a Lagos-based non-governmental organization (NGO), has appealed against the ruling of Justice Gabriel Kolawole of the Federal High Court in Abuja calling on the National Assembly to amend the Freedom of Information (FOI) Act to limit those who can request information under the law.

In a four-ground “Notice of Appeal” lodged at the Court of Appeal in Abuja, PIN is asking the Appeal Court to set aside the decision of Justice Kolawole and send the case back to the Chief Judge of the Federal High Court for assignment to and hearing by another Judge.

In the ruling, which he delivered on July 3, 2013, Justice Kolawole refused to grant leave to PIN to apply for an order of mandamus to compel the Special Adviser to the President on Media and Publicity, Dr. Reuben Abati, to disclose to it detailed information on the multi-million dollar contract awarded by the Presidency in April 2013 to an Israeli company, Elbit Systems, to monitor internet communication in Nigeria.

Meanwhile, the Stop Impunity Nigeria (S.I.N.) Campaign is challenging the ruling on behalf of Paradigm Initiative through one of its member organizations, the Centre for Social Justice (CENSOJ) and Centre’s grounds of appeal as filed by Mr. Kingsley Nnajiaka include, claim that  Justice Kolawole erred in law when he refused to grant PIN’s Motion Ex-Parte for leave to apply for an order of mandamus because at that stage of the proceedings, all the organization needed to do was to establish a prima facie case, but the judge went ahead to decide the substantive case at the interlocutory stage.

Secondly, that the judge erred in law by “fishing for extraneous materials that would fetter its discretion”; in deciding that Paradigm Initiative was a “busybody”; in taking into consideration the fact that Mr. Edward Snowden leaked official secret information in the United States; in suggesting an amendment to Section 1(2) of the FOI Act; and by refusing to apply the provisions of Section 1(2) of the Act even before such an amendment.

In addition, that the judge violated PIN’s constitutional right to fair hearing by raising, on his own, the issue of the capacity in which Dr. Abati was sued without giving PIN the opportunity to be heard on the issue. The organization is also complaining that the judge held that Dr. Abati was not involved in the contract which constitutes the subject matter of the application even without hearing from PIN; that the judge held that the office of Special Adviser to the President on Media and Publicity was not a public office, body or authority amenable to the prerogative order of mandamus notwithstanding the provisions of Sections 151 and 152 of the Constitution; and that the judge did not invite PIN to address it on the issue of the capacity of Dr. Abati and if possible take advantage of Order 34 Rule 3(3) of the Federal High Court (Civil Procedure) Rules 2009.

The CSJ is also claiming that the judge erred in law when he held that Paragraph (iii) of the Statement filed by PIN merely stated that Dr. Abati is a Special Adviser to the President on Media and Publicity but did not state that Dr. Abati “in that capacity was being sued as the one who awarded the contract in issue”.  It argued that requests for information are made to custodians of public records not the public officers who participated in the activity in issue; that Dr. Abati is a public officer, a fact which is judicially noticeable by the court; and that Dr. Abati did not deny that he had custody of the information sought by PIN. Meanwhile, no date has been fixed for the hearing of the appeal.