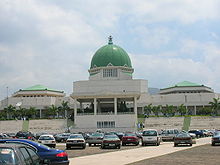 The deem light of hope has began to shine on Nigeria pension system as the House of Representatives on Wednesday passed the Pension Reform Bill 2013 after its consideration on the floor of the House by members.

The Bill, according to its explanatory memorandum, repeals the Pension Reform Act of 2004, and enacts the Pension Reform Bill of 2013, to continue to govern and regulate the administration of the uniform contributory pension scheme for both the public and private sectors in Nigeria and for matters connected with it.

The objectives of the piece of legislation, as set out in the Bill, are to establish a uniform set of rules, regulations and standards for the administration and payments of retirement benefits for the public services of the federation, the Federal Capital Territory, the State governments and that of the Local government councils and the private sector.

Additionally, the Bill will ensure that every person, who worked in either the public service of the federation, Federal Capital Territory, States and Local governments or the private sector receives their retirement benefits as and when due.

While the bill retains the minimum of eight per cent contribution of employees’ salary monthly into the scheme as in the principal act, it stipulates a minimum of 10 per cent monthly by the employer

The new bill which has 121- clauses and 15 sections was passed after the Chairman of the House Committee on Pensions, Hon. Ibrahim Bawa Kamba moved for the consideration of the report of his committee on the bill titled: “A bill for an act to repeal the Pension Reform Act, No2 of 2004 and Re- enact the Pension Reform Act, 2013 to make provision for Contributory Pensions Scheme and for other connected matters.”

While the bill retains the minimum of 8 percent contribution of salary monthly by employees into the scheme as in the Principal Act, it stipulates a minimum of 10 percent monthly by the employer.

Other areas in the bill are: pension fund administrators and pension fund custodians, offences, penalties and enforcement powers, supervision and examination and investment of pension fundsn among others.