‘I did Not Trade My Petition For Ministerial Nomination’ – Al-Hassan 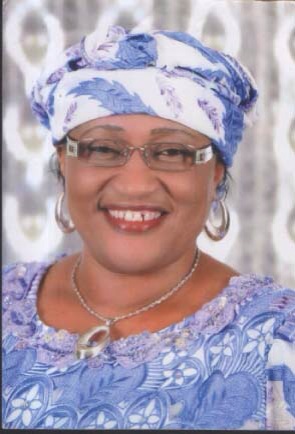 Barrister Aisha Jummai Al-Hassan, Wednesday at the Senate, during her screening, denied the allegation that her nomination was a swerve for her ongoing legal battle at the Election Petition Tribunal to regain her mandate.

Al-Hassan, a Ministerial Nominee from Taraba State, North Central, stressed that the rumour was, a fluke, adding that President Muhammadu Buhari was a committed party leader, therefore would never direct him to jettison her petition, which was to pursue the interest of her supporters; the people of her state who were equally committed to the party.

The ruling All Progressives Congress (APC) Governorship candidate in the Saturday, April 14, 2015 gubernatorial poll, therefore affirmed that her petition was still in court and was very committed to it, irrespective of her nomination.

Al-Hassan’s was the main challenger of the opposition Peoples Democratic Party (PDP) candidate and Governor of the State, Darius Ishaku.

After the assertive response which was followed by her response to a question asked by the Senate President, Bukola Saraki on how corruption could be checked in the Judiciary, the Senate agreed she should be allowed to take a bow and go.

Former Anambra State Governor and a member of the 7th Senate, Dr. Chris Ngigie, who is another nominee, was also allowed to take a bow and go after his opening remarks.