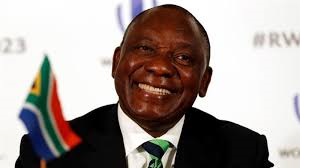 (AFRICAN EXAMINER) – Illegal underground mining in Johannesburg is putting the City at risk of gas pipe explosions and mine collapses that could result in disaster, Mayor Herman Mashaba warned on Tuesday.

An investigation by local newspaper The Sunday Times, published recently, indicated that areas of South Africa’s biggest city could collapse or be incinerated if the miners, known as zama zamas, were not stopped.

In response to the Times article, the Department of Mineral Resources said on Monday they were investigating the situation but that there was “no immediate threat.’’

An angry Mashaba hit back in a statement on Tuesday, saying the illegal mining activity “not only threatened infrastructure, but residents’ lives as well.’’

Johannesburg’s main conference centre and its major sports stadium “could go down in ruins as a result of unstable earth directly beneath the area,’’ the mayor said.

“The widespread use of explosives in decommissioned mines could have disastrous consequences for the residents of Johannesburg and may lead to large scale loss of life should these explosives rupture the oil and gas lines,’’ Mashaba added.

Johannesburg developed as a result of its mining activities.

It sits on the Witswatersrand Basin, the world’s largest gold resource, according to data from the Minerals Council South Africa.

Drawn by the promise of striking gold, illegal subsistence miners have descended on the city in recent years, trawling through shallow, disused shafts.

In its statement on Monday, the Mineral Resources Department said it was taking measures to fight illegal mining, including sealing of derelict mines and greater policing. (dpa/NAN)