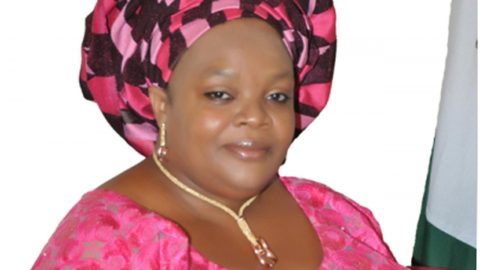 (AFRICAN EXAMINER) – The Imo State Government  has stated that it has confiscated the Royal Palm Estate on Akachi Road, Owerri, which belongs to the state government from wife of Former Governor ,Rochas Okorocha

The  land in  question was  given  to  Nkechi Okorocha, Wife of Rochas Okorocha during his administration as a Governor
The Commissioner for Lands, Enyinnaya  Onuegbu,  made this known after he led his team to the said estate on Friday.

Onuegbu  revealed that the government had closed up the place till further notice.
According to him, the seizure was according to the directive of the Imo State gazette on the Judicial Commission of Enquiry’s report on the recovery of lands and other related matters.

He said: “This is as a result of the recommendation of the commission that the government should take over all illegal lands and structures acquired by the administrations between 2006 and 2019.”
According to Onuegbu, the current  administration  will continue to recover every stolen property that belongs to the state.