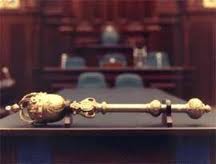 The state legislators African Examiner gathered were suspended over what it described as “alleged insubordination and attempt to cause disaffection between the legislature and the executive arm of government.

Moving the motion for their suspension under matter of urgent public importance, the Deputy Chief Whip and member representing Izzi East constituency, Mr. Francis Nwifuru said the deputy speaker, Onwe and Chima should be suspended for acts he described as detrimental to the developmental drive of the present administration.

Seconding the motion, the member representing Ikwo South constituency, Mr. Chike Ogiji, condemned the actions of the three members, adding that anybody found trying to cause disaffection between the state executive and other organs of government would be shown the exit door.

He said the House will not allow any body to be a cog in the wheel of progress and development in the state because of personal interest.

The speaker, Chukwuma Nwazunku, had put the motion to vote and it was unanimously adopted.

In their reactions, the suspended members regretted that the House could take such hard decision against them in a matter that would have resolved amicably.

The Deputy Speaker said: “the speaker is a very good man; despite what has happened, there are no hard feelings. It is a misunderstanding which will be resolved in due course,”