Joseph Yobo: The Glorious Exit a Captain with Caring Heart 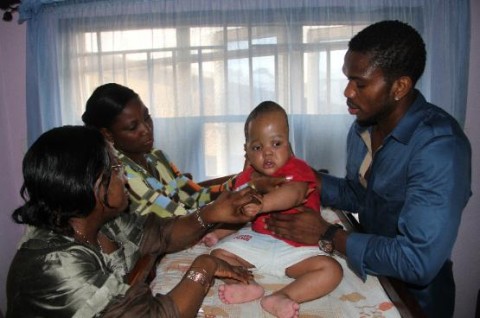 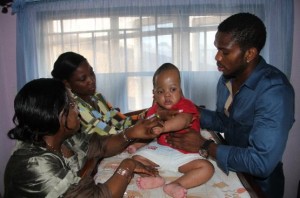 For 13 years, he bestrode the Nigerian football firmament like a
colossus. From his maiden World Cup appearance in Japan in
2002 as a rookie, he evolved over the years into a leading figure in
the senior national team, ultimately becoming the Captain and
leader of a new generation of Super Eagles. The team’s success at
the recently concluded African Cup of Nations (AFCON) in South
Africa served as a befitting climax to Joseph Yobo’s career which
has seen him playing top flight football in France, England and now
Turkey. Yobo’s leadership and people management qualities were
visibly instrumental to the Super Eagles’ victory at the competition.

At the AFCON, Yobo captained the Super Eagles mainly from the
bench due to a nagging knee injury which limited him to substitute
appearances. But that does not in any way diminish his
contributions to the team over the years or detract from the
yeoman job he did, along the other players, to ensure the nation’s
qualification for the competition which may be his last. Over the
years, Yobo has been a committed team leader with exemplary
conduct on and off the pitch.

Expectedly, following the AFCOn victory, commendations,
encomiums and accolades have been pouring in from all quarters
within and outside the country. Strangely, but interesting enough,
Joseph Yobo has also received words of adulation and
appreciation from an unusual quarter: from the beneficiaries of his
kindness and caring nature. For those who do not know, Joseph
Yobo is much more than a footballer. He is also a philanthropist
and a great care giver. He is a long-standing supporter and
sponsor of the less privileged and downtrodden. All through the
AFCON, words of encouragement poured in for the Super Eagles,
and especially, Joseph Yobo. “Please congratulate our captain for
qualifying for the quarter final. I wish them victory again on Sunday.
We thank God for His amazing favour granted to our Captain’s
team today! May the grace abide until Yobo holds the trophy in
triumph”. (Mrs. Awoyinfa, Proprietess, House of Mercy). And these
wishes and prayers came to past.

Joseph Yobo is the Super Eagles captain with a caring and giving
heart. Governments and Non-Governmental Organisations in
Nigeria are known to have always made strident appeal to the rich
and affluent people in Nigeria to complement their efforts to
support the needy. How many of these rich people really heed this
call and do the needful for the needy? Very few; one of these few is
international football star, Joseph Yobo. If there is anything that is
close to the heart of Super Eagles Captain, Joseph Yobo apart
from playing football, it is spending time with and caring for children
who are facing varying degree of challenges, ranging from medical
to financial.

The high pitch preparations for the African Cup of Nations
(AFCON) and other commitments could not deter Yobo from
embarking on a charity project. There were numerous pressing
family commitments but Yobo took time off his busy schedule to
fulfill one of his heart’s desires by visiting three Hospices that cater
to different select groups, albeit children, bearing a variety of
gifts/donations that are relevant to their varied needs.
The Super Eagles Captain, spent quality time with the less
privileged and put smile on their faces. Shortly before he travelled
with the team to South Africa for the African Cup of Nations, Yobo
and his team embarked on a humanitarian mission, visiting three
charity homes in the Lagos metropolis in continuation of his innate
selfless and philanthropic gestures. This would not be his first time
of executing philanthropic projects which usually go un-reported
because of his penchant for doing things quietly with little or no
fuss. But this particular visit was not going to go unreported
because of the timing and the personality of the man who stands
like a rock of Gibraltar at the heart of the Super Eagles defence.
He started off the day with a visit to the Hearts of Gold Children’s
Hospice at Surulere for orphans and children with disabilities. From
there, he moved to Ebute Metta – the House of Mercy for destitute
and child-beggars. He later rounded off with a final visit to Jakande
area of Lekki – the Fair Life Africa Foundation for teenage boys
rescued off the streets. He ended each visit with a private meeting
with the founders.

Yobo was overwhelmed with the condition of the children and their
individual circumstances. He empathised with the inmates of the
Centres while recalling his own not-so-rosy childhood. Yobo
praised the professionalism, commitment and dedication of the
Managers of the Hospices. “I really appreciate what you are doing
here and I am praying that God will reward all your efforts. I thank
God for my life because I could have been one of these kids. This
is my first time of coming here but it won’t be my last time”.
Yobo was very much at home with the kids. He knew and felt what
they were going through. He also had humble beginnings and that
has translated well over the years into his evidently humble nature.
He was a ‘natural’ with the kids. He had such a good time playing
with them while also highlighting the essence of striving for a bright
future and becoming ‘somebody’ in life.

Throughout the visit and true to Yobo’s style, he continuously
emphasized the fact that his visit was not about the donations or
gifts but about spending quality time with the children, so that they
too can have a sense of belonging and feel loved.  ”It is always
good to know that someone cares”, he said. His wife and son, who
had accompanied him on previous similar visits elsewhere, were
not available this time around due to various other engagements.
Yobo noted that year 2012 was a wonderful year for his family. So,
despite various charitable gestures covertly embarked upon during
the year, this one is to appreciate God’s extreme faithfulness
throughout the year and give back to the needy and helpless.
The varying nature of the primary target and purpose of the three
chosen charities, best sum up the kind of person Joseph Yobo is; a
patriotic Nigerian, philanthropic to the core. His non-tribalistic
benevolent nature cuts across board. At the House of Mercy, he
was particularly touched by the level of abject poverty that
prevailed in that slum-like, but large community, wondering how the
little kids in particular survived in such a downtrodden condition.
He urged Nigerians to support the less privileged and the needy. ”
Nothing is too small when you’re helping people”, he said.
Although, his charity visit had nothing to with football, Yobo could
not escape the barrage of questions that sport journalists fired at
him. This was understandable as the African Cup of Nations get
underway in South Africa later in January with Yobo being the
Captain of the Super Eagles team campaigning for honour in the
competition. He summed it up thus: “Preparations are going on well
for the Nations Cup. Nothing is ever perfect, even in our marriage;
we will have little challenges and difficulties here and there but we
will handle them and we are going as far as we can in the
competition. We are all ready and the technical crew is doing a
good job.”

Yobo, who has been in the mainstream of the Super Eagles team
since the 2002 World Cup in Japan/Korea, does appreciate being
considered worthy enough for the national team. He said: “I am
grateful to be part of the Nigerian national team. I thank God for my
career; I have been in the national team now for over a decade. I
am going to the Nations Cup fully prepared. I am leaving everything
in the hands of God who has never failed me”.

Following his departure from Everton, the English Premiership team
he played for for over six years, Yobo headed for Turkey and
pitched his tent with Fernabache, a top Turkish club. A lot of Yobo’
s fans and other Nigerians were apprehensive over the suitability of
Turkey for his career and his national team position. But the ex-
Sharks of Port Harcourt player has proved to be a bulwark in the
heart of Fernabache’s defence. “I am happy in Fernabache; I am
very much at home there. I also thank Everton for giving me the
opportunity”, he said.

Joseph Yobo has been described by sports analysts as one of the
most humble, disciplined and focused Super Eagles Captain in
recent times. Never has any story been written of him having a face-
off with club, national team managers or the Football Federation.
“He is a player who is very much at peace with himself and others;
he does not take for granted the opportunity to play for Nigeria;
rather, he sees it as a rare privilege and he does everything to live
up to expectation”, says a top Nigerian Football Federation official.
Yobo himself said as much: “We players should be grateful for what
Nigeria has done for us. Nigeria is bigger than all of us. Players
who have issues with the national team are the ones who usually
create the problems for themselves and they should be able to fix
it.”
To upcoming footballers and youths generally, he has this word of
advice: “If you do not help yourself, nobody will help you. Anybody
can become anything in life; just think and dream big. But, it is very
important that you go to school. For those who cannot make it to
school, it is not the end of the world. Fall back on something
positive and give it your best shot; that is how to be successful in
life”.