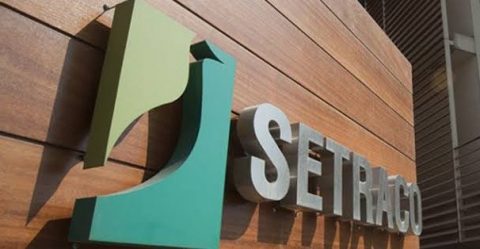 (AFRICAN EXAMINER) – About four decades of systematic plot by a Lebanese partner, Engineer Said Fayez Khalaf, to assume the status of a majority shareholder in Setraco Nigeria Limited with a view to eventually taking over the company from his Nigerian partner, the late Alhaji Inu Umoru, has sparked off crisis in the top management of the indigenous construction company.

Documents, detailing the registration of the company on 24th August 1977, indicated that the company was initially incorporated as Umoru-Khalaf Engineering and Contracting Company Limited, with the two subscribers, Umoru and Khalaf, holding 70% and 30% shares respectively.

Alhaji Inu Umoru reportedly sourced all the initial businesses of the company and, in addition, provided the entire initial capital for the start-up.

According to available documents, the shareholding structure was altered in the ratio of 60:40 for Umoru and Khalaf respectively following a name change in 1978 to Setraco Nigeria Limited (SNL).

The hitherto chummy business relationship that existed between them reportedly experienced a downturn in 1989, according to an insider source, who is knowledgeable about it, “when Engineer Khalaf started taking advantage of Alhaji Umoru’s trust and illiteracy by making clandestine plans to acquire the majority stake in the company.”

The source said that “as far back as 1989, Khalaf engineered separate increases in SNL’s shares to selfishly accommodate the sole increase to his own shareholding. Early indications of Engineer Khalaf’s alleged callous plans include dubiously convincing Alhaji Inu Umoru to set aside 6% of his shares without compensation to a proposed ‘Employee Trust Scheme’, which never materialized.

“The 6% shares”, according to the source, “eventually ended up being part of Engineer Khalaf’s shareholding.”

Sundry sources confirmed that Khalaf implemented a process that was alien to Nigeria’s corporate law when by a purported “redistribution of the company’s shares” vide an agreement dated 28th September 2004, he caused Alhaji Inu Umoru to further set aside 14% of his shares for redistribution to other Lebanese directors, who were his proxies, as a way of securing their loyalty to the company.

These setting aside of shares by Alhaji Inu Umoru were done in trust with a view to having equal number of representatives on the board of the Company for the purpose of having a balance of power (between the founding partners); while the employee directors were to play neutral / mediatory role.

It was gathered that Alhaji Inu Umoru was never compensated for either the 6% or the 14% that formed part of his original 60% shares.

Unfortunately, paper trails reportedly confirmed that the transfer of the shares by Engr. Khalaf to his shell company was effected, even before the agreement, which purportedly formalized  the illegal act was executed.

The process, according to a source, that converted the founding majority shareholder of the company to a minority shareholder was executed through an agreement that was described as invalidly executed by the Umorus’ because “it was devoid of a Jurat as required by the Nigerian law for the execution of contracts by illiterate persons.”

In spite of the redistributed shares in favour of Khalaf, he was said to have strategically refrained from implementing equal representation on the board but maintained Alhaji Inu Umoru as Chairman because of his overarching influence as a citizen and a well-established businessman with good business contacts; which he deployed in driving the company’s businesses towards profitability.

A source explained that his ploy to fully take over the Company would have been very obvious, challenged and defeated if he had pushed for it.

There are documented reports that Khalaf ingeniously sidestepped professionalism and corporate governance rules by allegedly appointing his cronies, cousins, nephews and in-laws; all with a view to furthering his nest, rather than tested professionals to key positions in the company and ultimately succeeded in running the company as a one-man business, converting the assets, its businesses and finances to personal ends.

According to a source, “This state of affairs persisted for over a decade during which time the company was effectively run aground and rendered hugely indebted,” adding that “this was the same state of affairs that Chief Abu Inu Umoru, the son of the late Alhaji Inu Umoru, met when he became chairman of the Board of the Company in October 2009, following the death of his father in August 2009.”

Chief Abu Inu Umoru’s ascension to the board Chairmanship with obvious implications for the Company’s future direction as he was said to have insisted on proper corporate governance, ethics and emplacement of due processes and procedures led to the unfolding desperate plot by Khalaf and his Lebanese cohorts to either take over the company completely or have it sunk.

It was gathered that Khalaf adopted a strategy of ensuring that only foreigners with allegiance to him were engaged as financial controllers.  This situation, it was confirmed by another source, persisted until 2016 when Chief Abu Inu Umoru insisted that the trend must be reversed.

The source disclosed how the appointment of a Nigerian financial controller in 2016 led to the uncovering of mind-boggling details of financial improprieties, malpractices and managerial insider abuses allegedly engineered by Khalaf and his cronies for about four decades.

Investigations at the SNL office in Abuja, following a series of newspaper advertisements by Raja Touma and Tania Khalaf, purporting to be directors of the company and claiming to be majority shareholders, showed that the Inu Umorus had already sued Khalaf at a Federal High Court in Abuja.

The Inu Umoru family is represented by Dr Mike Ozekhome (SAN) and Damian Dodo (SAN) in a suit marked: FHC/ABJ/PET/6/2018.

The family, as learnt, is specifically challenging the alleged dubious process by which Khalaf acquired the majority stake in SNL and pressing claims against Khalaf for civil fraud and seeking declaratory and injunctive reliefs against some specific actions and transactions.

He is accused, among other things, of preventing important resolutions from being taken by not attending board meetings and voting against decisions required for the seamless management of the company through proxies; harassing and threatening SNL expatriate Lebanese employees with forced resignation, thus making realization of company objectives difficult; and, provocative correspondences with SNL’s bankers and suppliers to frustrate genuine business transactions such as renewal of credit facilities.

Reports indicated that despite these concerted efforts by the Khalafs to ensure that the company is unable to meet its obligations to regulatory agencies and other stakeholders, “the company is doing well judging by all performance indices and when compared with their peers in the construction industry.”

According to insiders’ report, the current management of the Company is very prudent, and has succeeded in paying off the multi-billion naira obligations to bankers, suppliers and sub-contractors created by Khalaf, adding that the company’s growth and profitability are now assured.

Background investigation reveals that Said Khalaf was brought in to Nigeria by Mothercat Construction Company in the mid seventies as a site engineer. He was dismissed in 1976 and sent back home by his employers for fraud-related issues; but returned to Nigeria a few months later to beg Alhaji Inu Umoru for employment in his nascent building contracting company – Inu Umoru & Sons Ltd.

Alhaji Inu Umoru on the other hand was already a well-established transporter, having a fleet of haulage trucks and commuter cars, automobile sales – dealership in Peugeot Automobile in Auchi, Cocoa Produce Merchant, Petroleum Product Marketer (Dealership to Mobil) and a very successful building contractors.

Prior to Said Khalaf’s dismissal from Mothercat, he, along with all expatriate colleagues of his, was a tenant in Alhaji Inu Umoru’s Estate in Auchi and this formed the basis of their initial friendship.

It was thus easy for Said Khalaf to approach Alhaji Inu Umoru for employment but Alhaji Inu Umoru decided to make him a business partner. This became a lifelong relationship commencing with Alhaji Inu Umoru deploying his fixed and floating assets to the new Umoru – Khalaf Construction Company; which metamorphosed into Setraco Nigeria Ltd.

Said Khalaf never contributed any seed capital; neither was he instrumental to the earlier contracts won by the Company that eventually positioned it for success. This is not to discountenance Said Khalaf’s managerial capabilities and competence as a sound and brilliant engineer.

Those who knew Alhaji Inu Umoru attested to the fact that he was a very trusting, amiable, easy-going and down-to-earth man. Said Khalaf breached that trust and set out to convert shares, assets and company funds for self aggrandizement with the ultimate aim of pushing his benefactor out of his investment.

Analysts contend that this scenario can never play out in Lebanon or any other Country in the world for that matter. This story is also reminiscent of similar several other stories of foreign partners to Nigerians seeking to destroy the companies immediately their exploitative tendencies are challenged.

Setraco Nigeria is forty-two years old during which period it has weathered all storms and remained strong.

The consensus is that the current antics of the Khalaf’s family should be condemned in its entirety by the Federal Government of Nigeria as the Company is currently affecting positively the lives of over eight thousand employees and a minimum of thirty two thousand dependants nationwide. This is aside the company’s other socio-economic impacts on other stakeholders and the Country at large.