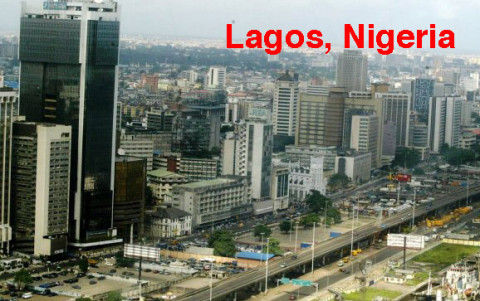 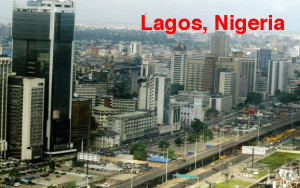 The Consul General said he was impressed by the enormous dynamic of an economic power which can be seen in Lagos as in no other place in the Nigerian nation, adding that a lot more however needed to be done to boost infrastructure, energy and social development in the apparently densely populated metropolitan city.

Derus who resumed his new position barely a month ago after serving as head of the International Treaties Section in the German Foreign Office in Berlin for the last three years, noted that all interlocutors he has met in Logos expressed their devotion to the same values which also guide Germany and the societies in Europe.

Speaking at the opening ceremony of this year’s commemoration of the German Day of Unity on Thursday in Lagos, he further noted such similarity in societal values, clearly shows that Nigerians and German have a lot in common.

According to him, “The strive for universal values could not be expressed in a better way than by the words of our respective national anthems. I have already mentioned the guiding principles of ‘Unity, Justice and Freedom’ in the verses of the German anthem.

“Looking at the Nigerian anthem, I find the words ‘Freedom, Peace and Unity’, and the last verse expresses the commitment to build a nation where peace and justice shall reign. Let us now listen to the Nigerian and German anthems. I would like you to ask you to raise our glasses and drink to the values of Unity, Justice, Freedom and Peace”.

He also expressed his appreciation for the extraordinarily cordial and warm reception from both Nigerians and his fellow Germans expats, especially his colleagues at the consular corps in Lagos and staff of the German the German Consulate General, adding that the warm reception he got from everyone have made it very easy for him to settle and feel at home, nearly immediately upon arrival.

“I have to admit that the period since my arrival passed by in no time. I was received here both by Nigerians and by German expats in an extraordinarily cordial and warm manner. My thanks also go to my colleagues of the consular corps in Lagos and to the staff of the German Consulate General who have made it very easy for me to settle and feel at home, nearly immediately upon arrival. As native from the Rhineland whose inhabitants are famous for their good temper, I immediately caught up and learned to appreciate the Lagosians ‘vivacity and their sense of humour”, he said.

He explained that the commemoration signifies the German Unification which took place on 3rd October 1990 as a consequence of the peaceful revolution in the eastern part of Germany and after more than four decades of having lived in a divided country and the Germans finally were united again.

“The words of the German National anthem which praise “Unity, Justice and Freedom” came true. The united Germany is an active and a respected member of the European Union (EU)and international community and is devoted to making its contribution to global peace and stability”, he further noted.

Derus also observed that the African continent over many decades has not received the attention it truly deserves. “My feeling is, that the tide is turning significantly and politicians as well as public opinions in Europe have begun to understand how important sound and friendly relations with our neighbouring continent are. Many economic, cultural and social projects in the 17 federal states of the administrative district of the German Consulate General in Lagos serve as excellent examples for growing net of cooperation on equal footing”, he stressed.