Majek Fashek Bouncing Back; Performs At A Lagos Concert 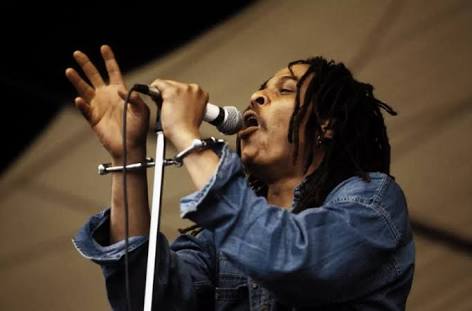 Troubled Nigerian reggae star, Majekodunmi Fashekun – Majek Fashek after years of battle with drugs challenge appears to be making his way back to the music stardom.

Fashek dispelled the fans’ worry of his inability to perform again, as he thrilled audience at the popular AY live concert which held at Eko Hotels and Suites, Victoria Island, Lagos.

Fashek who stormed the Nigerian entertainment industry in the 80’s with his popular ‘send down the rain’ track while performing at the concert, pulled off his shirt, to the surprise of the crowd who wondered about his move, age and his impair health.

The rain maker’s coming album titled: ‘A living dog is better than a dead lion’ is a reflection of his terrible drugs and alcoholic experience as well as his rehabilitated life.