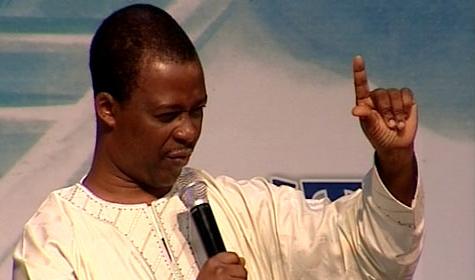 Authorities of Mountain of fire and miracles church have made a passionate appeal to the Enugu state government to help them protect its new regional headquarters, located at Emeka Ibila street,along Agbani road, Enugu for  from hoodlums and trespassers. 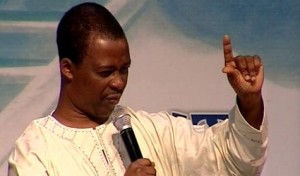 General Overseer of the Mountain of Fire and Miracles Church Dr.-Daniel-Olukoya

African Examiner reports that the new church site, was officially allocated to the Church by the state government some time last month after the governor Sullivan Chime led administration pulled down its former Regional headquarters on the ground that it had no government approval.

The regional overseer of the church for South East zone, Pastor Rotimi Olugbule while briefing news men in Enugu Monday, raised the alarm that there are alleged plans by some unscrupulous elements and dissidents to demolish the new structures which the church are struggling hard to erect in its new site.

Conducting news men round the new site of the church premises,  the Pastor narrated how yet to be identified gunmen who wielded machetes and other dangerous weapons attacked the Church in the early hours of Sunday, December 1st 2013.

He disclosed that the attack happened at about 12.40am, after beating up and inflicting injuries on two security men on duty, after which they went ahead to  pull down the entire concrete fence of the church and  burnt part of the altar.

A minister of the church,Pastor Kennedy Udeogaranya, while  Corroborating the statement of the overseer of the church lamented that the church is presently in pains of attacks from several quarters.

He alleged that some disgruntled elements from a faction of Ngwo Youths have threatened that they will deal with the church on the claim that the land belongs to their community.

According to him, a section of the Church compound is being claimed by ministry of water resources, while some other illegal occupants of the plots have refused to park out even when it was abundantly clear to them that the Enugu state government has officially transferred the ownership of those plots of land to the Church, as a compensation for the destruction of their initial headquarter at Ziks Avenue, Enugu.

Pastor Udeogaranya pleaded with the Enugu state government to as a matter of urgency assist the church in cautioning the dissidents Youths from Ngwo community from attacking the church henceforth, as well as ask the Ministry of water resources to stop further encroachment into the Church plots of land.

He also pleaded that the state government should pay them compensation to assist them in their effort of raising another befitting place of worship in the new site, that would serve as the South East regional headquarters of the church.

The cleric, stated that it has not been easy for the Church in sourcing funds for the project, adding that they had hoped that the state government will pay them compensation after ejecting them from Ziks avenue, “but up this moment, no such help from the state government has come  the way of the church.