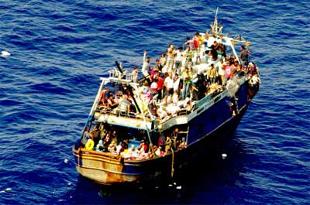 The boat was docked after being turned away by Malta and Italy, in the latest example of European divisions on immigration.

Spain’s new Socialist Prime Minister, Pedro Sanchez, had offered, for the second time in a month, to take in migrants rejected by Italy and Malta, which were both closers.

Irregular immigration across the Mediterranean has fallen dramatically, with about 45,000 people making it to Europe across the sea this year compared to over a million in 2015.

But politically, it has become ever more divisive.

Earlier, European Union States agreed to tighten their external borders and spend more in the Middle East and North Africa to bring down the number of migrants and to set up new centres to handle new arrivals. (Reuters/NAN)