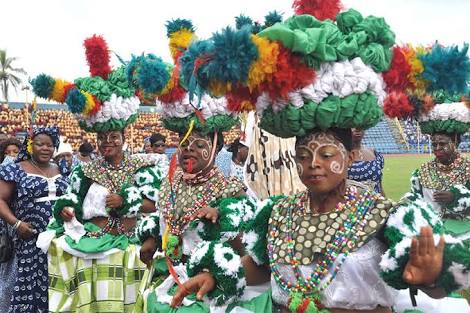 The Minister of Information and Culture, Alhaji Lai Mohammed, has described cultural festivals as veritable platforms to promote peace and unity, especially in a country like Nigeria blessed with rich diversity.

The Minister made the remark in Jos, the Plateau State, Friday at the 2016 Nzem Berom Festival with the theme “A Cultural Brand for Unity, Peace and Progress”.

He commended the Plateau State Government and the Gbong Gwon Jos, Da Jacob Gyang Buba, for reviving the Nzem Berom, which has not been held in the past eight years, saying it is a strong message that peace has returned to Plateau State.

“The resuscitation of the festival, which heralds the rains and a bumper harvest, is a very powerful message to the world that peace is back to the Plateau, which remains a foremost home of Culture and Tourism. Culture, of which festival is a subset, is a strong instrument of unity, especially in a country with such a rich diversity as ours. When you understand a people’s culture, you respect them more, thus reducing the areas of friction.

“I have no doubt that with the good works of the state government, the wisdom of His Royal Majesty and the commitment to peace by all the good people of Plateau, peace and tranquility will be sustained in this beautiful land,” Alhaji Mohammed said.

He expressed delight that the festival came at a time when his Ministry is collaborating with the British Council and the Tony Elumelu Foundation, in mapping all the creative arts and the various cultural festivals across the country, with the aim of bringing culture from the margins to the mainstream and creating a huge economy out of it.

“Under the collaboration, there will be training for all festival managers and creative artists to put them in better stead to raise the profile of their festivals and arts, as well as to turn the various festivals and the creative arts into magnet for tourists and veritable sources of job creation. I do hope that festival managers and creative artists in Plateau will be among the first beneficiaries of this training,” the Minister stressed.

Alhaji Mohammed restated the commitment of the Federal Government to diversifying the economy with culture and tourism identified as two of the sectors that will form the core of the diversification process.

He said in its resolve to promote culture and tourism, FG will be holding a National Summit on Culture and Tourism in Abuja from April 27 to 29, 2016 aimed at bringing the stakeholders together to deliberate on how the two sectors can effectively become money spinners for the country, while also creating jobs and showcasing Nigeria’s rich cultural diversity and tourist attractions.

The main features of the Nzem Berom festival include a royal procession of the Gbong Gwom Jos, the deployment of well-kitted Berom Traditional Warriors, a colourful parade of traditional dance troupes and musicians as well as the exhibition of Berom cuisine, artifacts, mineral resources and raw materials.