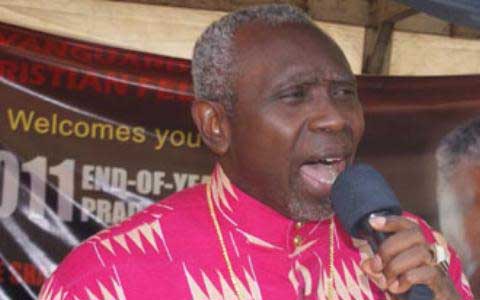 President, Christian Association of Nigeria (CAN), Pastor Ayo Oritsejafor has denied involvement in the $9.3 million scam in South Africa, but admitted that one of the aircraft used in conveying the money belongs to him. 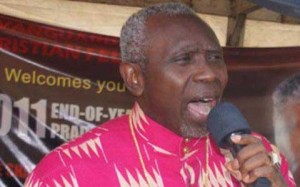 A Nigerian private jet was caught in Johannesburg with $9.3 million. The private jet with US registration number N808HG was one of two jets cited by South African officials on September 5.

The jet arrived South Africa with $9.3 million cash loaded in several suitcases. News of the seizure of the cash broke over the weekend, triggering questions about the ownership of the jets and weapons they intended to purchase.

Two Nigerians and an Israeli defence contractor, Eyal Mesiaka arrived in the jet when they were accosted in South Africa authorities. A South African source disclosed that Mr. Oritsejafor’s jet was released after top Nigerian officials intervened, claiming that the weapons to be purchased had the official blessing of the Nigerian government.

In a sharp reaction on Tuesday, Oritsejafor denied any involvement in the scam, but noted that the one of the jets belongs to him.

Oritsejafor, in a statement issued by his spokesperson in the World of Life Bible Church, admitted that he owned the aircraft but have no knowledge of the transaction that transpired.

The statement said “The Word of Life Bible Church has been made aware of the recent media interest regarding an aircraft (Bombardier Challenger 600, Registration No N808HG) owned by The Company Eagle Air in which our Pastor, Pastor Ayo Oritsejafor, holds a residual interest.

The statement added that the aircraft owned by Eagle Air Company, who had confirmed that since 2nd August, 2014, the aircraft has been leased to and is operated by Green Coast Produce Limited.

“This is a standard practice in the industry. Any and all enquiries in respect of the day-to-day operations of this aircraft are properly directed to the Management of Green Coast Produce Limited. We will be happy to help the authorities with any enquiries,” it stated.

Also, in a statement issued by Project Eagle Air Company, the company said its attention has been drawn to press reports in respect of an aircraft (Bombardier Challenger 601 Registration No: N808HG..) in which the company holds a residual interest.

“We wish to confirm that the said aircraft has since 2nd of August, 2014 been leased to and is operated by Green coast produce Limited. Any and all enquiries in respect of the day-to-day operations of this aircraft are properly directed to Green Coast Produce Limited,” said Mr. Emmanuel Ohaeri, in the statement he signed on behalf of the management.