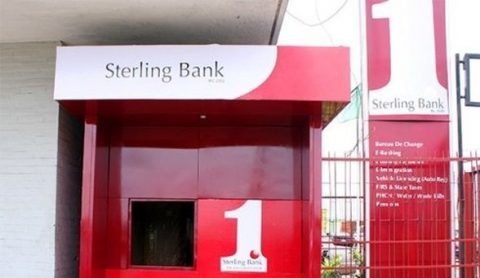 (AFRICAN EXAMINER) – Ohha Microfinance Bank Enugu, has again petitioned the Economic and financial Crimes commission EFCC, over the delay in prosecuting Mr. Oliver Anidiobi, a top management  staff of Sterling Bank PLC for allegedly converting  its deposits in the sum of N219,034,901.50 (Two Hundred and Nineteen Million, Thirty Four Thousand, Nine Hundred and One Naira Fifty Kobo) into personal or bank’s use.

It would be recalled the Ohha bank had before now sent a petition to the Central Bank of Nigeria (CBN), Economic and Financial Crimes Commission (EFCC), and former Minister of Finance, Mrs. Kemi Adeosun over what it termed non-refund of her fixed deposit by Sterling Bank Plc.

The Enugu based Microfinance bank accused Anidiobi who is the Sterling Bank branch Manager in Enugu, and its Account Officer of obtaining the said amount by false pretence.

In the recent petition addressed to the Head of Operations, EFCC Enugu Zonal office and other relevant institutions, and made available to African Examiner on Friday in Enugu, the Micro Finance Bank, through its lawyer, Olu Omotayo, Esq, who is president of Civil Rights Realization and Advancement Network CRRAN, appealed to the relevant bodies to compel Sterling Bank to refund the petitioner’s  fixed deposit and accruing interests.

The petition reads: “we write to you in respect of the above-mentioned matter on behalf of Ohha Micro Finance Bank of No.1, Ogui Road, who we shall hereafter refers to as our client.

“We have its instructions and authority to write this petition to you. It should be noted that this case was first reported to the commission in January 2018, and it was further referred for thorough investigation by the Chairman of the commission based on a petition made to him on the 4th July 2018.

According to Omotayo, “our client was happy when the bank fraud ,(BF) section which investigated the matter informed us sometimes in the month of October 2018, that investigation into the matter has been concluded and the file is now in the legal section and the matter would soon be charged to court.

“Six months later, the suspect Oliver Anidiobi who obtained N219 Million naira by false pretence is walking the street a free man and boasting that nothing will happen.

“The moneys stolen by Oliver Anidiobi are depositors’ moneys (poor people in the society). The Legal section up till date refused to charge the suspect to court.

“Sometimes in February 2019, I accompanied the Managing Director and another Director of Ohha Microfinance bank to meet the Head of legal Section and he assured us that the suspect would soon be charged to court as they are amending the charge to reflect that the matter will be charged at the Federal High Court and to also reflect the offence of obtaining by false pretence.

“It is 2 months after now and nothing has been done. Our client believes that with the way things are going in this matter they may not get justice in this case hence, the appeal to your office to ensure that this suspect is charged to court forthwith.

“We submit that the war against corruption of the Federal government will be meaningless if after investigation the case file against a suspect is dumped somewhere and the suspect are allowed to go free. Justice delayed is justice denied” the petition added.