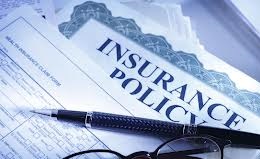 Promises Strict Penalties For Operators Who Fail To Settle Claims

National Insurance Commission (NAICOM) has refuted claims by the Nigerian Council of Registered Insurance Brokers (NCRIB) that the regulators had waived the submission of 2013 account for council members in order to be trained on the Financial Reporting Council (FRC) requirement, International Financial Reporting Standards (IFRS).

The Commissioner for Insurance, Mr. Fola Daniel, told African Examiner news online in an interview that he was amazed with the insinuation, maintaining that the Commission did not have the statutory power to grant such waiver.

Meanwhile the Executive Secretary of the Nigerian Council of Registered Insurance Brokers (NCRIB), Fatai Adegbenro, recently at a meeting he was summoned to by the Lagos Area Committee members of the NCRIB at the Council’s secretariat in Lagos following the meeting the council had with NAICOM in the penultimate week.

African Examiner learnt that the over 500 brokers in the country were levied N100, 000.00 (one hundred thousand naira) each to engage the service of a consultant that will train all accountants and auditors of each broking firm for two days.

Adegbenro explained that the council had an agreement with NAICOM to train the council members on the IFRS so as to avoid the replication of what happened to many underwriters who failed to meet the requirement of Financial Reporting Council (FRC) last year which many are still battling with their 2012 account.

He also explained that though, after a wired consultation, the council finally agreed to engage the consultant that will train the accountants and auditors. “If it has to do with individual training, a broker will be paying N1.5million and we considered how it will be more convenient for our members and that was why we accepted the N100, 000 per broker.”

The Commissioner said, “I don’t know where that is coming from, we didn’t waive anything. Basically, what we said was that for the purpose of migration to IFRS, we will not delay issuance of their license rather, we will rely on their 2012 submitted account. We cannot waive submission of account because it is statutory and we don’t have the power. NAICOM did not waive submission of Brokers’ 2013 account for any reason.”

Speaking on the recent N60million penalties paid by the 21 listed insurance companies to the Nigerian Stock Exchange (NSE) for late submission of their 2012 financial accounts, he declared that the fault was not from NAICOM.

The Exchange had to fine both Equity Assurance Plc and Niger Insurance Plc N3.2 million each while Great Nigerian Insurance Plc was equally fined N3.8 million.

He affirmed that “for anyone that is not compliant, they face the consequence of non-compliance alone, we cannot give subsidy for complacency.”

On the ‘No premium, No cover’ policy of the Commission, Fola Daniel, lauded the compliance of operators and said that the policy has helped insurance companies to earn better liquidity. “Insurance companies now have more liquid cash if you look at most of the underwriters and what this is mean for the insured is that insurance companies don’t have any excuse to delay or refuse to settle claims. This is because we have done it on the basis of ‘cash-and-carry’, so when there is a claim, you must settle.”

He assured that that NAICOM will now enforce prompt payment of claims whenever the need arises. Soon, we are going to take the issue of claims settlement very stringently because Nigerians must get the best of insurance”, he added.

The Commissioner for Insurance, Mr. Fola Daniel, however dismissed some reports that government is yet to comply with the regulation.

In his word, “The government is completely compliant, if anybody is saying government is not complying is a lie. The biggest account that is with the Nigeria insurance industry today is that of Nigeria National Petroleum Commission (NNPC) and NNPC by 31st of March last year paid over $75, 000 and by 31st of March this year, they have paid the same amount of money.

“The Head of Service Group Life is the biggest Group Life account in the country, they did not pay the premium until 24th of April and the cover was exempted from that period but the cover started from the 24th. So, government is one hundred per cent compliance.”