National Conference Will Not Break Nigeria-Jonathan 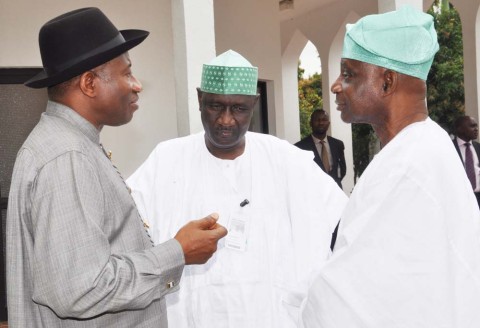 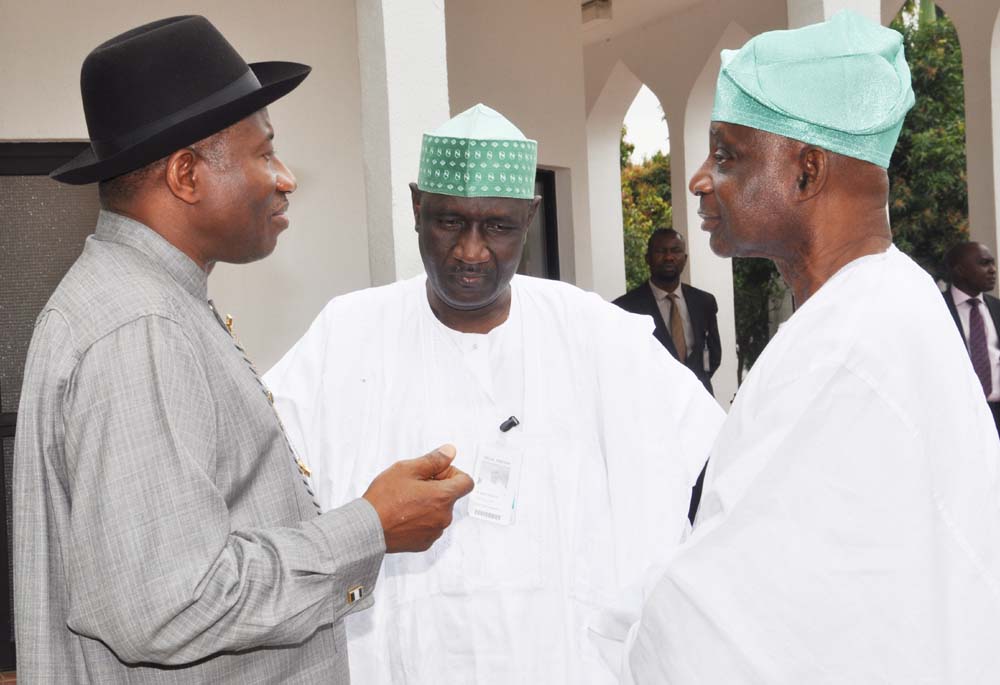 President Jonathan (left) chatting with the Chairman of the Advisory committee, Femi Okunrounmu (R) and a member of the committee 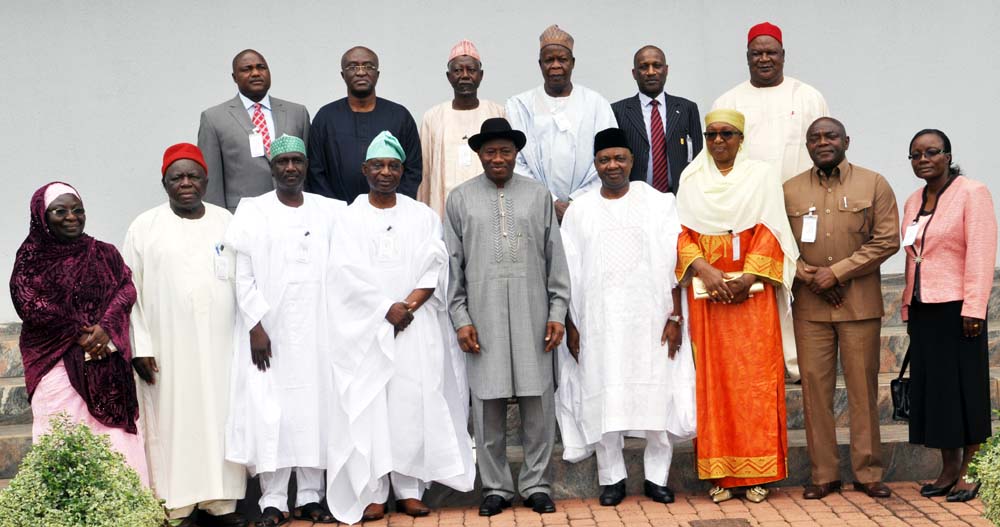 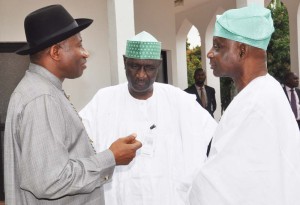 President Jonathan (left) chatting with the Chairman of the Advisory committee, Femi Okunrounmu (R) and Dr. Akilu Indabawa Secretary of the committee

Nigeria’s President, Goodluck Jonathan says the proposed National Conference will not break up Nigeria as being speculated in some quarters, even as he officially inaugurated the National Advisory Committee (NAC) on the conference.

Speaking on Monday in Abuja, Nigeria during the inauguration of the NAC, the presidents said convocating the national conference had become imperative due to the lingering crisis in the nation which threatened her existence.

“I will therefore like to allay the fears of those who think the Conference will call the integrity of Nigeria into question. This National Discourse will strengthen our union and address issues that are often on the front burner, and are too frequently ignored. Today, we are taking historic and concrete steps that will further strengthen our understanding, expand the frontiers of our inclusiveness and deepen our bond as one people under God.

“Our gathering here today is to formally inaugurate this child of necessity, the Advisory Committee to midwife this Conversation. Permit me to very quickly review the foundational principles that drive our action, and also address a few matters arising. Firstly, let me emphasize that this is a National Project, a sincere and fundamental undertaking, aimed at realistically examining and genuinely resolving, longstanding impediments to our cohesion and harmonious development as a truly united Nation,” he explained.

Jonathan said the nation must mood forward with honest conviction and patriotic courage, to strengthen the country and get it to work better and brighter, “for all of us, to the glory of God,” while giving the committee six weeks to submit its report.

The president stated that there is a view by some of people that there was no need to sit together to dialogue over the socio-political challenges facing our country as some believed that because the nation had held several Conferences in the past, “we do not need to hold another one. I was one of those who exhibited skepticism on the need for another Conference or Dialogue. My skepticism was borne out of the nomenclature of such a conference, taking into cognizance existing democratic structures that were products of the will of the people.

“However, we are in a democracy, and in a democracy; elected leaders govern at the behest of the citizenry. As challenges emerge, season after season, leaders must respond with best available strategies to ensure that the ship of state remains undeterred in its voyage. Nations rise to the challenges that each epoch presents. It is imperative therefore, that in our march to nationhood, we have to be dynamic in our approach and response to the problems, even as we seek solutions to them. We cannot proffer yesterday’s solutions to today’s problems,” he said.

The president then went into history of the various conferences the nation had held from the pre-Independence days till the present and the results such conferences had achieved, stressing that the proposed national conference was unavoidable if the nation must move forward to greater heights.

According to him, “as we continue to strive to build a strong and virile nation, especially in the midst of agitations and tensions, we cannot deny the fact that sitting down to talk is one right step in calming down tensions and channeling our grievances, misgivings and suggestions into more positive use for the good of our Country.

“The concept of participatory democracy is such that even after the people have given their representatives the mandate to make laws and act on their behalf, there is also a space for the governed to make further input into the political processes, without undermining the authority of the statutory bodies.” 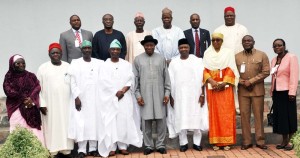 Jonathan said sovereignty had continued to be with the people even as the people evolved strategies and tactics to strengthen its foundation for the benefit of successor generations, saying that it was this sort of collaboration between the people and established institutions of government, that would allow for a robust outcome that could lead to greater understanding and a more cohesive and inclusive Union, adding that “there is no alternative to inclusivity, equity and justice in a modern democratic state.”

He charged the committee to brace up for the serious task ahead as history beckoned on them not to disappoint the people, while charging them to consult widely before sitting down to develop the framework that would guide and guard the proceedings of the discussions.

“In the task before you, no voice is too small and no opinion is irrelevant. Thus, the views of the skeptics and those of the enthusiasts must be accommodated as you formulate this all important framework. This conversation is a people’s conversation and I urge you to formulate an all-inclusive process that protects the people’s interest.

“Let me also urge the Advisory Committee not only to be alive to the expectations of our people, but to bear in mind, that what we desire is what can work for the good of our people and country.  The goal is to bequeath a better and a greater Nigeria to the present and the generation that is to come,” he stated.

Dr. Femi Okurunmu is the Chairman of the committee, while Dr. Akilu Indabawa will act as its Secretary. Others members of the committee are Prof. George Obiozo; Senator Khairat Gwadabe; Senator Timothy Adudu, Col. Tony Nyiam (Rtd) , Prof. Funke Adebayo, while Prof. Ben Nwabueze (SAN) pulled out of the committee.