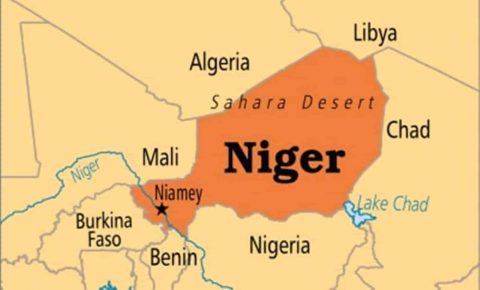 (AFRICAN EXAMINER) – Niger on Tuesday extended a state of emergency after eight people, including six French nationals, were killed by suspected terrorists in the volatile West African nation.

Six French humanitarian workers, along with their Nigerien guide and driver, were shot dead on Sunday by gunmen on motorbikes while on a visit to a national reserve in the Koure area, known for its rare West African giraffes.

“The state of emergency, which was already in place in the region of Diffa and parts of Tillaberi region, where Sunday’s attack took place, has now been extended to include the entire Tillaberi region,’’ the presidency said on Twitter.

According to the presidency, Niger’s national Security Council and President Mahamdou Issoufou also decided to mobilise “all defence and security forces” in search of the attackers and temporarily close the nature reserve.

French President Emmanuel Macron was due to discuss the situation in Niger at a national defence council meeting, which is being held by videoconference as Macron is currently staying in his holiday retreat on the Mediterranean coast.

On Monday, French prosecutors said they are launching an investigation into the terrorist murder of the aid workers, who were employed by the French and Swiss aid organizations Acted and Impact Initiatives.

France has some 5,100 troops deployed in the Sahel region, which stretches from Mauritania to Mali, Burkina Faso, Niger and Chad, to back up local forces battling the jihadists.