Nigeria and the Buhari Leadership 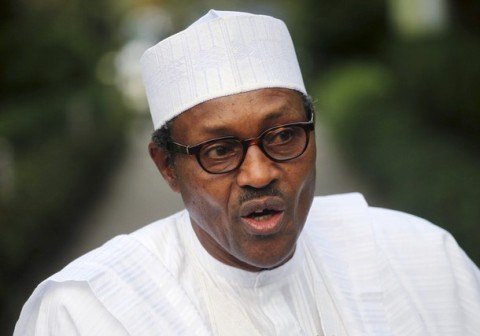 As Nigeria rolls on to change its leadership from Goodluck Ebele Jonathan (GEJ) to General Muhammad Buhari (GMB) on May 29, 2015 the question of what the future holds for Nigeria and its people become most paramount. Indeed the entire world is turning upside down and the changing dynamism affects other nations just as it affects the Nigeria. Those who hitherto prefer to forecast or write about Nigeria future have been mostly non-Nigerians or Nigerians living abroad. They are doing only descriptive or comparative analysis at best with no baseline in many cases, or comparing Nigeria with the Western nations. Where the western world is today is not where Nigeria may want to be or where any nation ought to aspire to be. Therefore the essential questions are still unasked and unanswered. Where is Nigeria now and where should its position in the world politics, economic and social systems really ought to have been? What are the contributions of Nigeria and its people to the world peace and its decision making process? On domestic issue, is it safer to live in Nigeria or elsewhere in the years ahead? What moral value system should be considered universal for emulation? What areas of possible investments and who can invest in Nigeria?

However GMB is coming in and leaning more toward the position of a possible restoration of moral value system, minimizing social decadency and installing broken down societal discipline. The Nigeria society is becoming completely out of order indexed by insurgencies, kidnappings, day and night armed robberies, corruption and embezzlement of public funds, disconnection in civil and social services from their set objectives and inappropriate politicking and electoral processes amongst others. GMB objectives are not as simple as they sound in practice and it is likely that his friends and admirers will be getting fewer as his government genuinely pursues the agenda of setting things right. On the other side of the coin is the very high expectation of people on the streets of Nigeria. They are still dancing and trekking distances. They have come to believe GMB on job generation to reduce unemployment, growing the economy both to reduce socioeconomic inequalities and also ensuring that the rich can safely invest in Nigerian, improving the health, education and energy sectors. If GMB comes from his discipline angle only, as he did as a military Head of State (1984-1985), the needed capitals to grow the economy may fly away. If he chooses growing the economy on false corruption and indiscipline pillars the entire system will collapse sooner rather than later. The system needs a holistic approach and inclusive participation; even the opposition partners should be carried along in a humane and harmonized way.

Hence the cleaning broom GMB and his party members usually hold, symbol of the APC, may have different interpretation to a different audience. The ordinary Nigerians and the general public are expecting GMB to come and sweep dirties away from the system and offering them jobs, energy and lighting, water, repair roads and make available essential commodities from May 29, 2015 automatically. Their belief is that the broom in his hand can do it because of GMB personal integrity and not because of APC party ideology or their manifesto. Another level of thought comes from the political opponents and some general public who now believe that the outgoing government is perceived to be sky-high corrupt and that key members of that government deserve to spend the rest of their lives either in Nigerian prisons or facing some justice in the Internal Criminal Court of Justice in The Hague. Without some public examples GMB would not have satisfied the yarning and high expectations of ordinary Nigerians who have perceived impression that the Nigerian successive governments have lived all their lives on corruption, ineptness, and running bad governance. GMB has raised the stake too high for himself that he is now at a position where he must set a balance so that his word, his body language, his every appointment and the big broom in his hand must operate in consonance. Yet there are a few others who believe that only a foundation of good governance can be laid within the short period of four years. Charity to this group must begin at home and with members of APC, elected and appointed members of governments, public and private officers. That is, GMB can only start a new page and set a new foundation for the systems in Nigeria. Everyone will still go through the prevailing hardships until the new policies have their positive effects.

In the interim GMB can still fast track his administration and cushion the undue hardships members of the society are currently subjected to due to perceived previous bad governance by ensuring that he earns the confidence and approval of local, national and international investors and their governments; without bending backward unduly. We must not turn back the hand of government in anyway without a proof and a reason; governance must be transparent, open and inclusive. Internal democracy must be allowed to work fully. I wish also that GMB would be an example of a one-term president so that He would not be detracted in any of his government policies and endeavours. Usually anyone who sets out to be a one-term president of their nation often always achieves more for his country and can step on toes and get away with it. Just as GEJ conceded an election he lost, and has thereby earned some enormous accolades, GMB coming out on May 29, 2015 and telling the public the life of his tenure would go a long way to earn him national and international support. He will them have a less difficult ride and can crush many of the monsters residing in the public life of Nigeria. Those monsters will also know that their asylum or exile period is only four years and allow GMB to have his way.

Unfortunately whilst we are expecting the outgoing PDP to form a robust opposition, and contribute meaningfully to build the system the right way, we see a sign that PDP may be disintegrating and collapsing even while they are still in power. They are allowing an electoral defeat to destroy a whole political party. Hence we question the foundation of the party and the way it has been running its affairs. We question their intent to always want to be in office. A party found on a genuine ideology to meet the aspiration of the community and provide good national governance would not easily collapse. The GMB administration will need some critics and suggestions; they will also need to be told where they err.