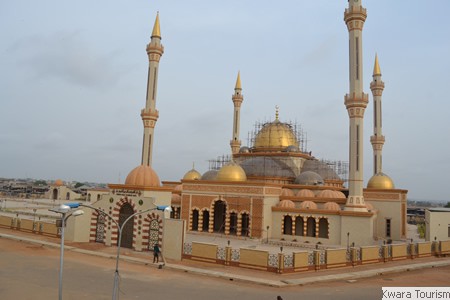 The dream of sustainable growth and development of the country can only be realized through promotion of indigenous creativity and less investment on the innovations of other countries.

The country must therefore urgently begin to sponsor and encourage the youths and the private sector to be innovative so as to be able to compete conveniently and effectively in the global space.

These views were expressed in a press statement issued on Thursday by the National Amir (President) of The Companion (an Association of Muslim Men in the Business and Professions), Alhaji Musibau Oyefeso on the occasion of (1435 AH) Ramadan fasting which ends this weekend.

The group’s leader who expressed worry over the current rating (110th position) out of the 143 countries polled in the Global Innovation Index (GII) report released recently said the disturbing ranking was a pointer to and justification of the country’s failure in “identifying and promoting creative and innovative individuals” for the growth and development of her nation.

It therefore called on the government to take steps to reduce and stamp out financial corruption in the country so as to make enough liquidity available for infrastructural development, while efforts must also be stimulated to alleviate the sufferings of Nigerians, through stable electricity and conducive environment to generate employment for youths.

Alhaji Oyefeso who is a former Commissioner in the Lagos State Independent Electoral Commission (LASIEC) called on the Federal government and the Nigeria Medical Association (NMA) to quickly resolve their differences, so as to end the lingering three weeks old industrial action in the interest of the down trodden Nigerians.

The Companion reminded the government that it owed the citizens a duty to provide welfare and ensure affordable medical care which it noted was relatively available in the affected state and Federal government owned hospitals. It urged the striking doctors to bear in mind their “Hippocratic oath to save lives and provide health care services”.

The Muslim professional organization advocated that the two parties – government and NMA should allow mutual concessions to prevail and end the dispute.

Oyefeso in the statement joined other stakeholders in commending Lagos state government on its new maternity and paternity leaves policy for her workers, affirming that it supported Islamic standard of proper breastfeed to the newly born babies. It advised the beneficiaries to justify the good intention of the policy.

Meanwhile, The Companion has called on all Muslims to uphold the tenets of Islam and remain steadfast in their belief in the oneness of Allah, maintaining that the gains and closeness to Allah which is observed in the month should be maintained year round. While it appealed to the faithful to use the coming Salah period to supplicate to Allah for peace, security and tranquility in the country, as well as for the victims of Boko Haram insurgents’ in the North Eastern part of Nigeria.

It called on the Independent National Electoral Commission (INEC) and other stakeholders to ensure a free, fair, credible and transparent election in the approaching state of Osun governorship poll and 2015 general elections.