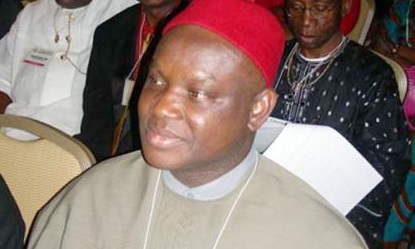 The national chairman of United Progressive Party, UPP, Chief Chekwas Okorie has  lashed out at All Progressive Grand Alliance, APGA, and Governor Peter Obi of Anambra state over adoption of President Goodluck Jonathan, as the party’s consensus candidate in 2015 presidential election. 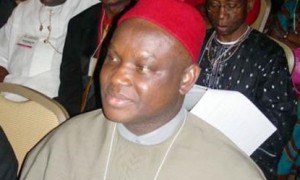 Okorie, who spoke  to newsmen in Enugu during a political summit organised by the South East Peoples Development Association, SEPD, wondered why  the party were in a hurry to take such sensitive decision, even when the president’s party, the ruling People’s Democratic Party, PDP, was yet to adopt him as their sole candidate for the election.

African Examiner reports that Governor Peter Obi and National Chairman of APGA, Chief Victor Umeh, had few weeks ago in Awka, the Anambra State capital, declared that the party would not field any candidate against President Goodluck Jonathan of the PDP in 2015 presidential poll.

According to the UPP helmsman, going by APGA and Governor Obi’s proposal, one would ask, how long shall the Igbo race continue to be spectators in the Nigerian political arena?

The UPP National Chairman, who described Obi’s action as a betrayal to the Igbo nation, said, “such far reaching resolution of any political party worth its name ought to be taken by the National Executive Committee, NEC, and not an individual.

Hear him: “Such far reaching resolution of any political party worth its name is usually taken by the National Executive Committee NEC of such party. Governor Obi was quick to betray Ndigbo again when the president‘s party PDP is not close to adopting him as a sole candidate for the 2015 presidential election”

He however, called on Ndigbo to embrace UPP which he said, believes in the total political emancipation of the Igbo race.

“I therefore propose that the UPP option is the only option that will mobilise Ndigbo for political action and political unity, restore respect for Ndigbo, and give confidence to the large Igbo population both in Nigeria and the diaspora who now feel helpless and despondent”

“I shall continue to disseminate this message as a wake-up call, even at the risk of sounding like a broken record until our leaders stop misleading and deceiving themselves, and our people in matters of politics.”