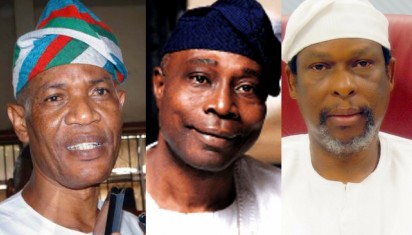 ONDO, NIGERIA (AFRICAN EXAMINER) – One of the Ondo State ruling All Progressives Congress (APC) Governorship aspirants, Alhaji Jamiu Afolabi Ekungba has declared that he has no moral justification to disparage indigenes of the South West State, over his loss in the last Saturday’s party’s primary.

Alhaji Ekungba’s reaction followed the media reports which went viral online Monday that the former aspirant allegedly descended heavily on the natives of the State, as he was said to be enraged and annoyed, over his defeat at the primary, despite spending over N300 million while canvassing for support and on the delegates.

He was reportedly described Ondo indigenes as “betrayal” and ingrate and vowed not to spend his money on human development anymore in the State.

Ekungba in an interview also Monday with a Lagos based television TVC and monitored by AFRICAN EXAMINER admitted that he lacked morality and justification to grumble over spending money on the delegates with respect to his loss in the keenly contested primary.

The APC chieftain explained that he could not have complained and reacted the way it was reported in the first place, as he claimed he was about the only, out of 24 aspirants who jostled for the party’s ticket, without inducing delegates, estimated at 2774 with a dime.

It would be recalled Ekungba lagged far behind in the primary outcome, as mustered paltry 44 votes.