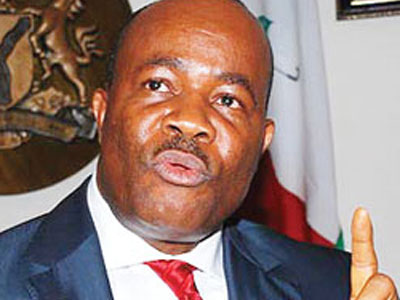 (AFRICAN EXAMINER) – The House of Representatives Committee on the Niger Delta Development Commission (NDDC) has summoned the Minister of Niger Delta Affairs, Godswill Akpabio, to appear before it over allegations leveled against him on the N81.5bn fraud saga.

The summon was necessitated by weighty allegations pressed against Akpabio Friday by the immediate Managing Director of the NDDC, Joy Nunieh, who  testified  virtually, before the House Committee on the NDDC at the ongoing investigative hearing on the alleged illegal mismanagement of the commission money.

Nunieh was expected to join the Interim Managing Committee (IMC) team of the NDDC Thursday, but could not, as she sought refuge in the Rivers State Government House in Port Harcourt, the State capital.

Governor Nyesom Wike had stormed Nunieh’s residence and prevented the police who had laid siege at her residence from arresting her.

The hearing on Thursday was however frustrated as top officials of the NDDC, who appeared before the committee walked out on House committee members and the venue of the sitting, after the IMC Chairman Prof. Kemebrandikumo Pondei insisted that the panel Chairman, Mr Olubunmi Tunji-Ojo, must recuse himself.

Prof. Pondei argued that Hon Tunji-Ojo has also been indicted in the allegations, therefore, could not be the judge in his own case.